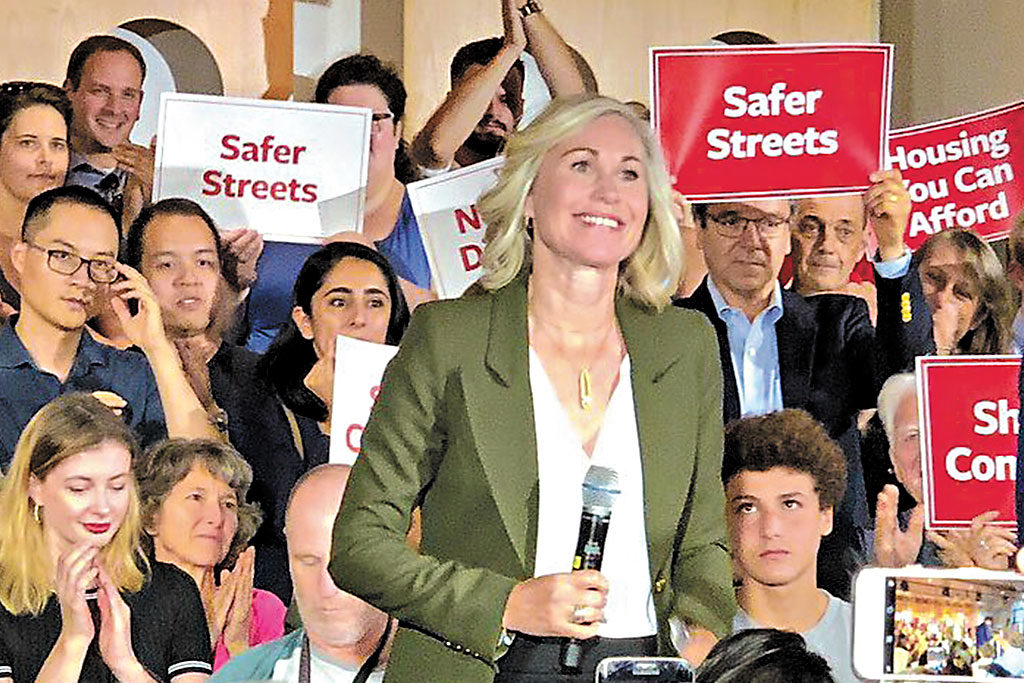 When I was running for mayor, a colleague sent me a well-known excerpt from Theodore Roosevelt’s speech entitled “Citizenship in A Republic.”

The speech was delivered in Paris in 1910 and should be required reading for anyone striving for higher office.

There is a passage that is particularly poignant for your journey called the “man in the arena.” I welcomed the passage because it described my experience in the mayoral race. Now I am giving it to you:

“It is not the critic who counts; not the man who points out how the strong man stumbles, or where the doer of deeds could have done them better. The credit belongs to the man who is actually in the arena, whose face is marred by dust and sweat and blood; who strives valiantly; who errs, who comes short again and again, because there is no effort without error and shortcoming; but who does actually strive to do the deeds; who knows great enthusiasms, the great devotions; who spends himself in a worthy cause; who at the best knows in the end the triumph of high achievement, and who at the worst, if he fails, at least fails while daring greatly, so that his place shall never be with those cold and timid souls who neither know victory nor defeat.”

Running for mayor of the City of Toronto is arguably the hardest campaign to elected office in the country. The campaign period is the shortest, the money is the hardest to raise and the office holder is directly elected by a city of 2.7 million people and more than half will likely not vote.

When I ran for mayor I called in every favour I was due, plus a few I hadn’t earned.

Trying to find a path to victory is difficult, particularly for individuals who have not served as elected officials. The reason is that when you are an elected official you have the chance to help people and when you seek re-election those same people will help you.

Throughout the campaign you will be asked to attend many community events, festivals and organized events.

I encourage you to participate in each of these events as fully and completely as possible.

It will be these times that fill you with great enthusiasm and keep you motivated through the harder events such as debates and town halls.

There is no question that social media has a valuable role to play in any campaign, but be wary of its predictive powers. Getting into communities that do not know you well is critical.

At one time, there was a unique and quaint tradition in Toronto whereby winning candidates held events that raised funds to ensure all mayoral candidates would be able to pay off their debt. That time has passed.

On your journey, you will meet incredible people and grow even fonder of the city. Making sure your ideas become part of the public debate will serve the city well.

All the best in the days ahead and be confident that your place will not be with the “cold and timid souls.”