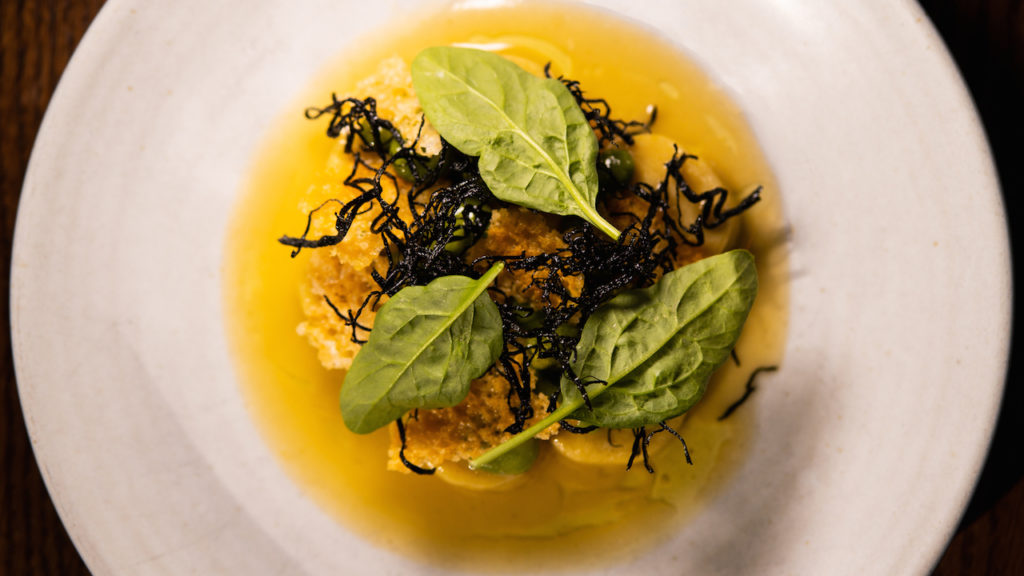 Well-known chef Ben Heaton has been announced as the new executive chef and partner at King West restaurant Lapinou.

Heaton is set to introduce a new four-course chef’s tasting menu in the fall alongside an evolving cast of a la carte fare. Heaton is working alongside head chef Jamie Ulrich on the menu, which will feature a series of special small plate dishes and signature mains designed to pair with the restaurant’s impressive wine list.

“A menu should be designed with those who will enjoy it in mind and should never leave someone feeling that they had to think about what they were eating,” said Chef Heaton, in a press release. “I love using finite techniques to get the best out of the ingredients, but not over-preparing them to the point that what you ordered is unrecognizable.”

Early in his career, Heaton trained in the UK with Michelin-starred chefs Gary Rhodes and Jason Atherton. Upon his return to Toronto, Heaton launched the critically acclaimed Globe Bistro and work alongside chef Claudio Aprile at Colborne Lane and as Chef de Cuisine at chef Mark McEwen’s ONE in Yorkville. Heaton was also the executive chef and co-owner at The Grove in Toronto, which was named “Best New Restaurant in Canada” by Maclean’s.

Lapinou is part of the Scale Hospitality family of restaurants helmed by Hanif Harji and Terry Tsianos, which includes restaurants such as Byblos, Patria and the Miller Tavern to name just a few.

“I love everything about Lapinou,” said Harji. “It stands on its own whether you are looking for an exceptional meal, want to discover a new wine, or enjoy a small bite after work alongside an inventive cocktail. The environment is warm, inviting and in good taste, and Ben’s incomparable menu is the foundation of the best culinary journey. It’s really special.”