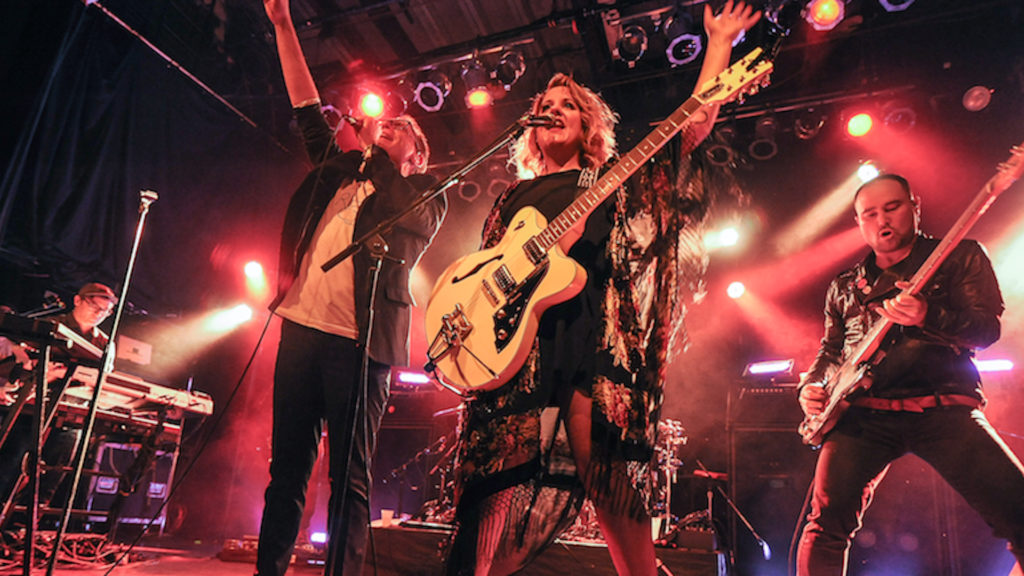 The pandemic has been hard on everyone, but some more than others. One segment that is having a seriously difficult time, but is pretty much ignored by the masses is the performing arts: theatre, dance, and music for example.

For musicians, already dealing with the soul-destroying Spotify and a vinyl shortage, the pandemic has taken away the ability to tour — one of the last remaining ways to make any money. For Torquil Campbell, of well-known Canadian band Stars, it was enough to wake him up at 6 a.m. with a panic attack. This, from a musician with decades of experience, a loyal audience, fresh off playing some live shows, and with an album on the way this year.

But — silver lining — his panic attack got him thinking, and he struck upon an idea to put himself out there as a songwriter in search of commissions.

“There were many, many compounding factors that led to me lying in bed at six in the morning having a panic attack. And my mind went back to a thing that a guy called Momus did when we were first starting out in the business. He made a record called Stars Forever, which was 30 commissioned songs about people, which he then put out on an album,” Campbell says. “And so I thought, well, maybe that would work. Maybe I’d get a few commissions, you know, maybe a few people would want me to do that for them. So I tweeted out this, this tweet saying, I’m available to hire to write a song about you. And what followed was an unbelievable response that I didn’t expect.”

For $1,000 one of Canada’s best-known songwriters will write a song for you, about whatever you’d like, and it is yours to keep, rights and all.

Campbell was born in Toronto and has had a long career in the arts. He was a founding member of Stars in 2000, which has turned out nine studio albums and has been nominated for two Juno Awards and two Polaris Music Prizes. He has also been involved in many theatre projects as an actor, writer, or director.

Once Campbell announced the move on social media, the response was sudden and swift.

“I have 40 commissions or so,” Campbell says. “I don’t really know how I’m gonna pull this off. But it’s incredibly exciting to think about, and it when it started happening, and people started writing to me, I was like, well, this is also kind of a fascinating artistic project.”

Campbell expresses a passionate interest in rekindling that space between artist and audience that has been lost by streaming services creating a disconnect that continues to do a disservice to music and to music lovers. This project is showing that maybe all is not lost to the world of analytics.

“I think that the artist and the listener have lost touch over the last couple of decades with the interference of technology into the way we consume music,” he says. “I think people have gotten further and further away from the notion of knowing who makes the music they listen to, and having a kind of active conversation with them. And, you know, getting letters from people and saying, I want you to write about my wife, or I want you to write about my brother or my dog that I lost or I’m you know, I’m having a certain birthday, suddenly, there was this opportunity to write not from a confessional place, but from an empathetic place, and from a place of wanting to see people in a deeper way. And so that that aspect of it is what really excites me about it right now.”

The process is simple enough. Someone gets in touch via Twitter DM and says they want a commission. Campbell reaches out and a conversation ensues about what the song should be about, and if there are any deadlines. Then, money is exchanged upon receipt of the song.”

So far, the subject matter runs the gamut from songs about loved ones to dogs, to a romance novelist who wanted a song about characters in her novel. Some simply wanted a neon-lit song about the night. Now, Campbell has a pretty sizable workload ahead.

“Oh my god, yeah, absolutely, but you know, I wrote like 60 songs last year, I write a lot,” he says. “And I think too that for me, that’s another wonderful aspect of it is I am excited by the notion that songs are just small things, you know, they really are. And there used to be people like Irving Berlin and lots of people who, who wrote hundreds of songs a year.”

Although he’s happy with how the project turned out. He advises people to think locally when it comes to art and music. To think beyond the big tech, legacy media, and corporate world that has actually made a mint during the pandemic while so many have suffered.

“You have to ask yourself whether or not that’s an economy that really gives a shit about you,” Campbell says. “And if the answer is no, then maybe we need to look to each other more and start thinking more about the possibility that we can trade with each other in a fair, respectful, trustworthy way that doesn’t involve some kind of pimp in the middle of it a digital pimp, whether it’s Amazon or Spotify, or whatever it is.”

His recommendation, if you want some art, if you want to support this work that means so much, gives so much back to us, and makes our city and other cities so incredible, go to the artists.

“We’ve gotten so far away in the creative economy from the actual connection between work and getting paid for it, that people actually are like, oh, right, you can pay artists, I don’t have to pay a third party, who then pays an artist,” he says. “You can just go straight to the artist and pay them and they’ll give you some art, I guarantee it.”

To check out what Campbell is doing, catch him on Twitter here.