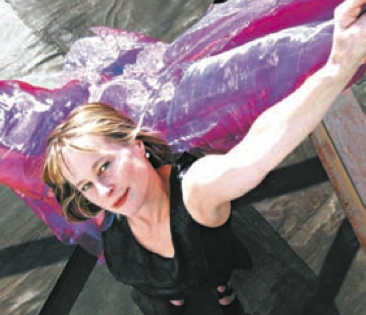 A YOUNG JANE BUNNETT touched down in Cuba in 1982 to the infectious sounds of a Cuban jazz band playing in the terminal. A second band played her onto the bus, and a third, this one an elaborate 18-piece orchestra, performed that night at her hotel. For a budding jazz saxophonist and flautist (not to mention future Juno Award winner), the experience was a formative one.

“It was pretty mind-blowing because there was just music everywhere,” says Bunnett, whose latest album, Embracing Voices, took home the 2009 Juno for the year’s best contemporary jazz album. “For a music lover, when you take a trip to Cuba, you definitely get your money’s worth. The culture of the country is just everywhere.”

The next day, Bunnett took a trip into the city, buying records and meeting musicians. She was hooked, and her musical identity took a new direction.

“[Cuban music] has influences from Africa to Europe and French, Spanish and the indigenous persons, which is a sort of Haitian influence. It’s got its own classical music, popular music, Afro-Cuban music. There’s so much to discover. It’s impossible not to rub shoulderswith music there,” she says.

At that point, Bunnett was only six years removed from Oakwood Collegiate where, surprisingly, she had been a latecomer to the instrument that would make her famous.

“My last year of high school, there, was my first on the flute,” she says. “I had played the clarinet, but I really wanted to play the flute.”

But it wasn’t music that most captivated the young student. History became her favourite subject, due in large part to teacher Larry Podmore.

“I started out as the worst student in the class, but he was such a fascinating teacher that it quickly became one of my best subjects. He really instilled a real love of history in me,” says Bunnett.

It was that same type of passion that was stoked upon touching down in Cuba back in ’82.

Fittingly, when Bunnett received word that she had been nominated for the 2009 Juno, she was in Cuba with husband and fellow musician, Larry Cramer, preparing notes for their spring and summer tour, which takes them across the country and into the U.S.