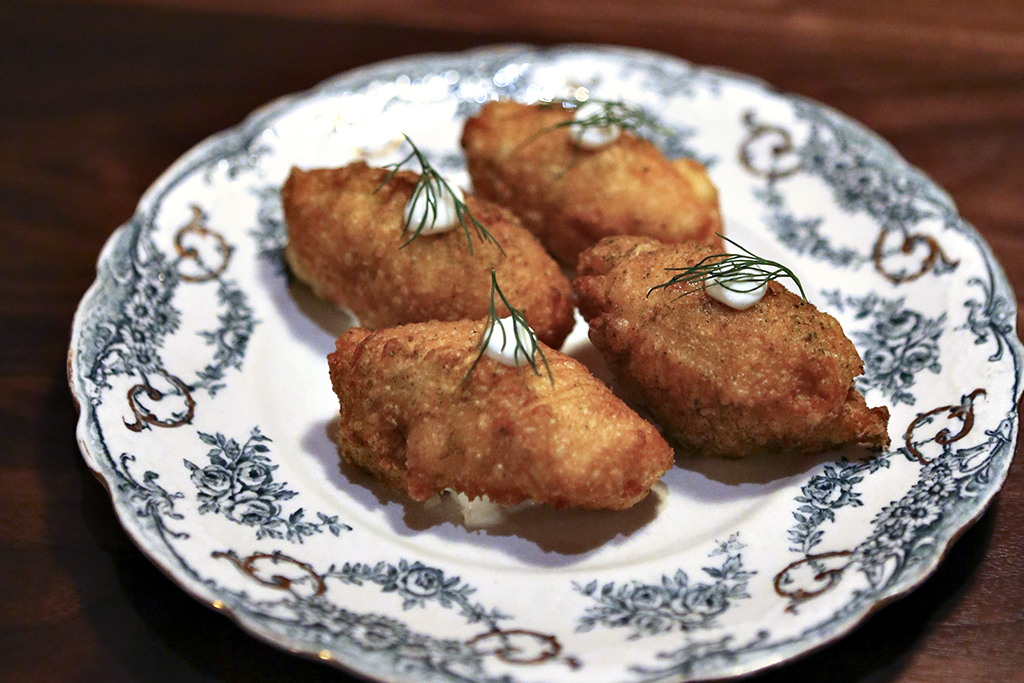 Another much-missed Toronto restaurant, Dreyfus, has reopened for takeout, as the hospitality industry continues to adapt to the new normal amid the pandemic.

The homey French bistro helmed by an alumnus of Montreal’s famed Joe Beef restaurant had been widely praised since opening in the spring of 2019.

The restaurant initially opted not to pivot to takeout in response to Ontario’s extended dining room closures, leaving it temporarily shut down since mid-March of this year.

On the heels of the one-year anniversary of its original opening, however, Dreyfus returned with a new takeout program.

According to the restaurant’s Instagram post, their debut takeout menu was inspired by the owners’ past trips to Israel, as well as Ontario’s summer produce.

The menu focused on shareable dishes and sides, featuring items like Parallel Brothers tahini with tomatoes and garlic; asparagus with pea tendrils and apple cider vinegar; and black lentils with caramelized onions and roasted marinated beets.

For now, orders can be placed via email but the post indicates that Dreyfus will eventually be offering a more “sophisticated” takeout system.

At the moment, Dreyfus’ takeout menu is only available for pick-up on Saturday afternoons.

After launching on May 30, the restaurant chose not to continue the program last Saturday and instead posted an Instagram story that encouraged followers to support BIPOC-owned restaurants.

Dreyfus seems poised, however, to return once again this weekend (and possibly offer a new menu).

The City of Toronto released reopening guidelines for restaurants last Friday, advising that eateries can begin preparing to start operating dine-in services again (although an official reopening date has yet to be announced).

Among the guidelines are restrictions that require restaurants to use “no more than 50% of the rated capacity available for use,” and to maintain a minimum of two metres between each edge of every table.

Dreyfus’ takeout launch comes at a time when many restaurants are preparing for pick-up and delivery to provide the bulk of their revenue for the near future.

With dining rooms set to operate at a reduced capacity going forward, numerous other delivery holdouts such as Dasha and Giulietta have also recently kicked-off to-go programs; while notable restaurateur Grant van Gameren has revamped the concepts behind most of his Toronto restaurants to make the menus more takeout-friendly.