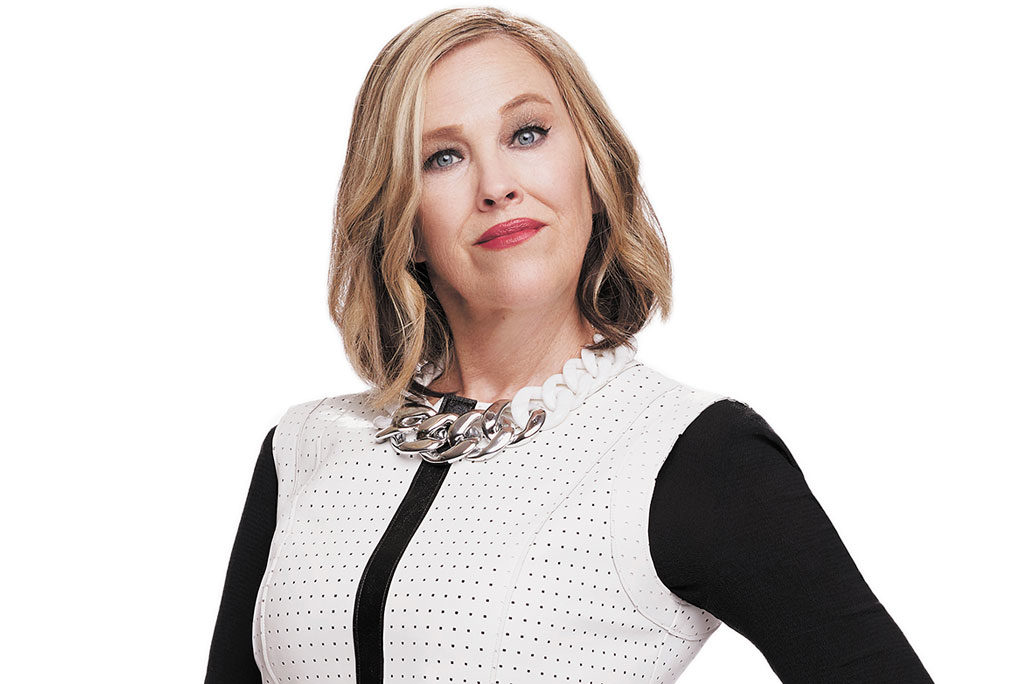 Catherine O’Hara, the legendary comedian who grew up in Scarborough and began her storied career right here, has many beloved characters and performances under her belt, from SCTV — alongside the likes of Martin Short and John Candy— to Beetlejuice, Home Alone and the critically acclaimed films of Christopher Guest such as The Mighty Wind and Best in Show. Her latest showstopper is her incredible turn as Moira Rose, the once wealthy and privileged and now dirt-poor and delightfully delusional matriarch in CBC-TV’s Schitt’s Creek. The second season of the show premieres on Jan. 12. Post City recently spoke with O’Hara and some of her castmates about the new season and what it means to be full of Schitt.

You are longtime friends and a collaborator with Eugene Levy. Tell us about this family affair.

I love them. Dan — I’m so impressed with how comfortable Dan is and how great he is at his job. It was such a relief. Working with a friend and his son, it could have gone wrong … but I kinda knew. He’s good. He’s calm and confident running the show like he’s been doing it forever. And he’s open to ideas, and you can discuss anything with him. Sarah is great, Sarah Levy [who plays Twyla Sands]. I love her character.

And what do you think we can all learn from Schitt’s Creek?

Have you picked up any stress management tips from Moira Rose?

I’ll tell you one thing I do admire, she never turned on her husband through all of this. What I love is they are really in love, a solid couple and they’re getting to know the kids.

It must be nice to come back to Canada to film the show.

I love it and I love springtime. We get to stay in a hotel that overlooks the beautiful green trees. The deep green you don’t get in L.A. And we’re shooting on a stage during the chilly months. In June we shoot in Goodwood, north of Toronto. We also have a cottage in Ontario, although time there is dictated by our two sons’ school schedules.

Do you still have family in town, siblings?

I have four — in Toronto. My brother works on the show actually. He’s a writer, and producer.

I read that you were a little hesitant about signing on for the show. Is that true?

Well, that’s nothing to brag about. There was some uneasiness really of wanting to commit to a series. But I never doubted Eugene.

How different was it heading into this year with a full season under your belts?

It was really nice having a better idea of who we were. There was a nice lead time as the show was picked up early, which means I got to see the scripts. This year, the characters get more involved in the town, and that gave us a lot more opportunity for fun scenes to get out of the motel and mix it up with Schitt’s Creekers.