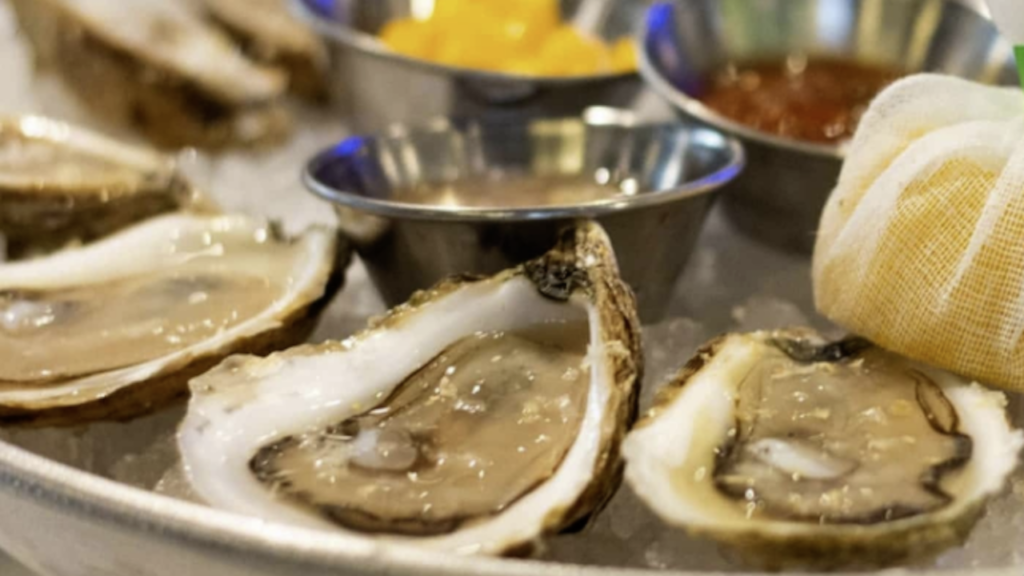 You can now get the Mykonos feel without ever leaving the city, thanks to Petros82.

Once housed inside Hotel X, the Greek eatery has now found a new, two-storey space in the Entertainment District to call home. Located at 299 Adelaide Street West, the 10,000 square foot restaurant is adorned with floor-to-ceiling windows and a sleek, modern interior.

All of that space allows for a traditional, upscale restaurant setting, as one would expect. But, it also houses the YK Marketta, where traditional Greek provisions are available for purchase,  a Live Seafood Market, and even a semi-private mezzanine for private events.

Of course, the spotlight is on the traditional Mediterranean fare, which is accompanied by an extensive craft cocktail list.

The whole vibe at Petros82 is comparable to that of Estiatorio Milos, a New York City seafood restaurant that has garnered international attention. The modern decor paired with the live market create Toronto’s version of the upscale Manhattan restaurant.

The restaurant is a division of Peter & Paul’s hospitality group, which owns a multitude of restaurants across the GTA. Their charge also includes event spaces and catering businesses.

Petros82 began accepting in-person diners on February 2, and is open from 4pm to 9pm Monday through Saturday for both takeout and delivery.