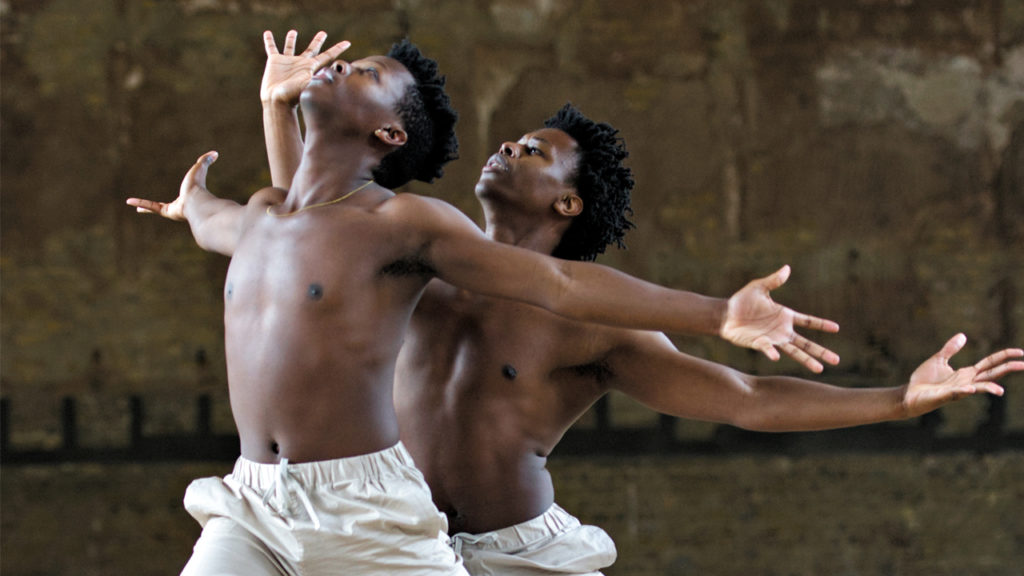 The arts are back – with a bang! With a mix of outdoor and indoor venues according to public health protocols, get your fix of music, dance and more as the arts scene in Toronto springs back to life. Check out everything from theatre in High Park to performances at the new and improved Massey Hall this fall!

Most theatres are looking at January 2022 to open new shows. Outdoors is still the venue of choice for live performances, and there are a few. For instance, Soulpepper is bringing The Howland Company and Native Earth Performing Arts’ new show The Home Project to its outdoor stage in the Soulpepper Courtyard Sept. 21 to Oct. 3. This intimate theatrical experience combines live performance, sound and digital media to examine the idea of home. The Dream in High Park series continues into September, including the Canadian premiere of Is My Microphone On?, the latest from playwright Jordan Tannahill. And Blindness continues its run indoors and on the stage at the Princess of Wales Theatre. This intimate Mirvish production only allows 50 patrons per show, increasing to 80 this fall, sitting on the stage to experience this auditory delight. The work is an adaptation of the Nobel Prize–winning novel Blindness by José Saramago, reinterpreted as a sound installation.

A post shared by Fall for Dance North (@ffdnorth)

The big dance event of the early fall season is Fall for Dance North, which is set to hold its largest festival to date with seven weeks of programming from Sept. 11 to Oct. 29. Festival highlights include a new outdoor performance series as well as filmed and live stream virtual presentations featuring both Toronto-based and international artists from India, Cuba, London and New York City. There are also two immersive dance exhibitions slated for the fall at 1 Yonge St. One, Looking for the Dance, opening Sept. 18, is an exhibit featuring the photographs of ballet legend Mikhail Baryshnikov. The other, Touch, is an immersive dance experience created by the National Ballet of Canada’s Guillaume Côté. Touch, which features both live performance and projection, runs Sept. 29 to Oct. 17.

Although concerts will move slowly indoors, now that many venues are being up front about requesting all patrons be fully vaccinated, it should make concert goers and the venues more comfortable about reopening. But what do we have to look forward to so far? The most intriguing concert on the fall schedule is Leslie Feist’s Multitudes, running Oct. 20 to 30 backstage at Meridian Hall, which is described as an “intimate, radically communal albeit topsy-turvy concert that will muddle the roles between audience and performer.” The crowd for the shows are capped at just 200. She is one of the city’s, indeed the country’s, best songwriters and performers, and this event should be something special. The ticket price is steep, but this kind of opportunity doesn’t come around often. And later this fall, the rise of the legendary and substantially renovated and revitalized Massey Hall will be the talk of the town. The season begins with Gordon Lightfoot, but the real gems to circle on the calendar are Buffy Saint-Marie on Nov. 30 and the five-night run with City and Colour, Dec. 9 to 12 and 14. In October, the new Drake/Live Nation venue History will open its doors for the first time. So far, the first concert is slated as rock band All Time Low on Oct. 22, but we are happy to state right now that the venue will not open for the first time with this decidedly average southern rock band. After all, Drake has a new album set to drop any day now. Rest assured there will be something special in the works. The venue is also scheduled to host some great fall shows including the Flaming Lips on Nov. 19.

The big Art Gallery of Ontario Andy Warhol show runs until Oct. 24. The Luminato Festival, which runs throughout October mostly as a virtual arts happening, is set to premiere a new work from acclaimed photographer Edward Burtynsky. The new work, In the Wake of Progress, was commissioned by the festival. The digital experience is designed for the screens surrounding Yonge-Dundas Square and filmed by Bokeh Collective for the 2021 online audience. In keeping with Burtynsky’s recent work, In the Wake of Progress tells the epic tale of humanity’s impact on the planet.