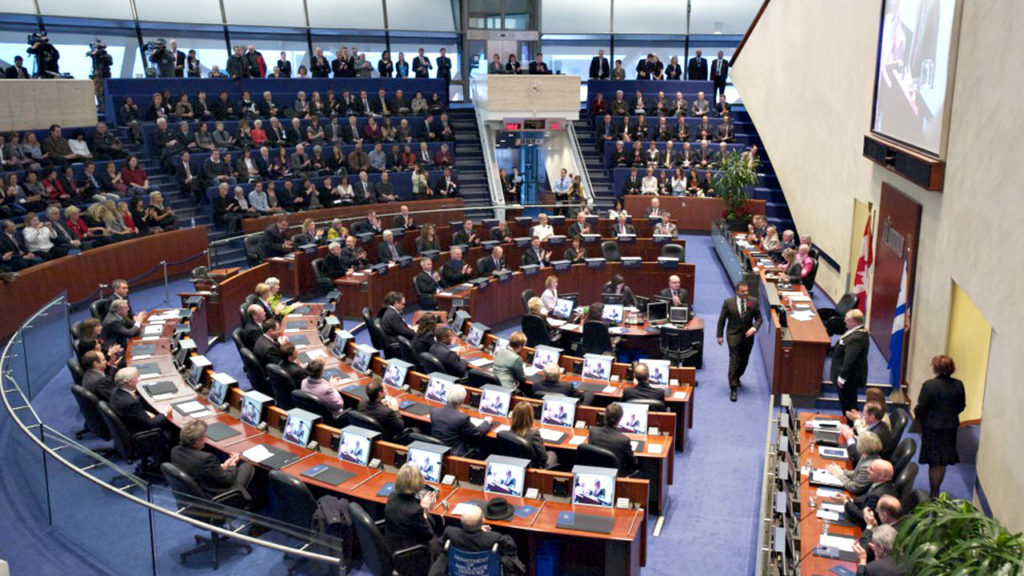 Of course, we should have seen this coming. We should not be surprised.

In the midst of the municipal election campaign — it began six weeks ago and concludes on Oct. 24 — Premier Doug Ford has said he will introduce legislation to change the rules of how decisions will be made in Toronto and Ottawa.

Reports reveal that Ford will bring in legislation to give the mayor of each city more power in respect to appointing senior staff and controlling the city’s finances. Councillors will have much less power than they have ever had since local government was established in Ontario almost 200 years ago. They will need a two-thirds vote to overturn the mayor’s decisions.

It is the same trick Ford pulled during the 2018 municipal election when he arbitrarily reduced the city council size from 47 councillors to 25.

The new proposal comes out of the blue. There is no study that suggests giving the mayor more power and councillors less will improve local decision making. There have been no voices urging this change. Ford has thought this up in his own head. He never thought to mention it during the recent provincial election.

Perhaps it comes from his admiration for American cities such as Chicago, where he has a business interest.

Many American cities have a strong mayor system: the important city staff are all appointed by the mayor, and they all resign when the mayor is replaced. Mayors there have more control over city budgets than do councillors.

But what American city is better governed than Toronto? Most are a mess, and many, like Chicago, have a tradition of corruption. Pushing Toronto in that direction is hardly the right thing to do. Imagine if he had done this when his brother Rob Ford was the mayor.

Perhaps the decision is being made to speed up approvals in Toronto and Ottawa on decisions for new housing developments — which the building industry seems to favour — and as ministerial zoning orders are intended to do by excluding public input. But the fastest way to speed decisions is to get rid of the Ontario Land Tribunal, formerly the OMB. Those hearings take up months, sometimes years, at great municipal expense. It is that provincial body which is slowing decisions.

Perhaps Ford’s wish to restrict the powers of elected councillors is because they often make decisions that are more progressive than he would like.

What self-respecting person wants to run as a councillor when you have almost no decision-making power?

We need more local democracy, not less. Councillors are committed to reflecting local opinions, which is why taking away power from them will have a negative impact on city residents. Council needs more power to make its own decisions.

Premier Ford has the apparently unfettered ability to pass legislation restructuring the city without the city’s consent. He might even subject this latest legislation to the ‘notwithstanding clause’ in the Charter of Rights and Freedom to protect it from legal challenge, as he threatened to do in 2018.

Toronto City Council should put the question of whether the mayor should have more power on the ballot for the Oct. 24 election.

I’ll bet most Toronto residents would be opposed to the idea (just as 76 per cent of voters opposed the creation of the megacity in 1997), and that might give Conservative party MPPs second thoughts of the premier’s wish to “Get it done.”