A return to team sports could include masks, no-contact and new rules
Skip to content 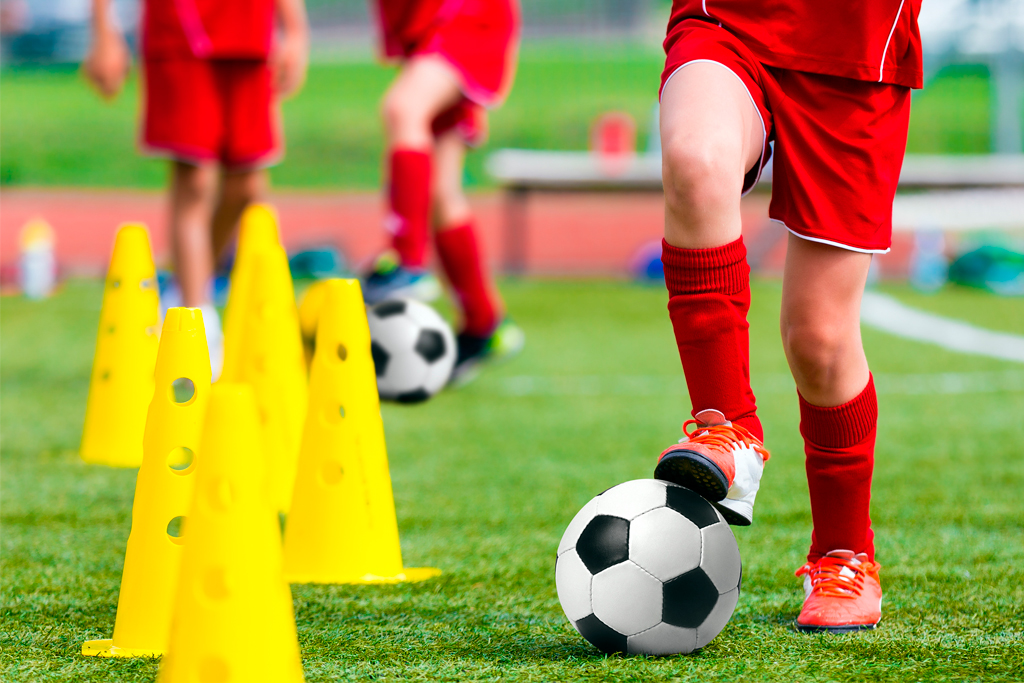 Every year, hundreds of thousands of kids engage in team sports of all shapes and sizes. Since the COVID-19 pandemic, the best one could hope for is kicking a ball against a brick wall at the school, or trying to get Mom and Dad out to sling a frisbee. As the Ontario economy starts to reopen, and with no virus vaccines in sight, what will the summer of 2020 look like for recreational sports?

According to Doug Blair, executive director of the North Toronto Soccer Club, right now, under normal circumstances, 4,000 kids would be a week into the new soccer season. Unfortunately, for the last seven or eight weeks, the only training they’ve received is via Zoom.

“We have done a lot of online training, we have several accounts on Zoom and some of our competitive players are training seven days a week, recreational players as well,” he says. “We’ve even delivered a thousand soccer balls to new players so they can at least kick it around in their basements or backyards. But after seven or eight weeks, it’s getting stale.”

Luckily, things are changing. But it is going to take time. First up, is the news that players and coaches from team sports can gather in small groups on the field, observing physical distance rules.

“The Ontario Soccer Association, our governing body, said today that we would be able to get five people together on a field for training, so four players and a coach,” Blair says, adding that because of distancing rules and health protocols, the sessions would be more individual skills development and maybe taking shots at a goalie with gloves.

A recent Abacus poll reveals that one in four, or 8.1 million, Canadian adults participated in recreational sports activities before the pandemic. One in two has children playing organized sports and activities, which adds up to 13 million. The survey suggests that the vast majority think a return to recreational activity after distancing measures are lifted is key because of the impact on physical and mental health.

In addition, 90 per cent of those surveyed thought a return to sports and group physical activity was either important or very important to help society rebuild and recover from the pandemic.

Blair thinks if team sports play does resume in July or anytime soon, it will be different. There will likely be no contact, players could all be wearing masks, no shaking hands or fist bumps following the games, rosters will be digital not paper, and spectators will be limited and have to keep their physical distance. The ball will be cleaned… a lot.

“Everyone agrees that it will be great to get kids on the field since they’ve been cooped up for months,” Blair says.

In addition, there will be a need for additional coaches or volunteers for the player benches to ensure kids keep their distance.

We all know how challenging this can be for youngsters, but will it be any easier for adults?

Last week, the Toronto Ultimate Club (the writer is a member) sent a survey around to its membership asking what measures would be acceptable to facilitate a return to play ranging from a major rethink of how the game is conducted to measures such as gloves, sanitizing routines and face masks.

“We have a variety of plans/considerations in place to be able to work with those guidelines to provide an opportunity for ultimate players in Toronto to safely participate and be active in sport, when given the approval to do so,” says executive director Jo Malisani.

According to the Toronto Ultimate Club survey, about 50 per cent of respondents would be fine with wearing masks (18 per cent approved medical, 41 per cent approved non-medical or other facial covering), about 60 per cent of respondents would be okay with disc and hand sanitizing measures, and about 45 per cent would be okay with minor game adjustments (increasing the marking distance and using silent counts for the first five stalls to reduce close range speaking).

“What is important to our members is the health and safety measures and being able to participate safely and within government guidelines,” Malisani says. “There will be varying degrees of comfort for all individuals, some may only feel safe playing catch with members of their household, while others, will want to play the game without modification.”

Of course, most recreational team sports organizations are also facing a financial crisis. Most groups like North Toronto Soccer and the Toronto Ultimate Club are run as not-for-profits. The revenue comes from fees charged for participation and the major expense is fields.

Blair gets field permits from a dozen different field owners from the City of Toronto and the Toronto District School Board to private operators. He says, they have been good about deferring the rentals to a later date, though not refunding.

“Nobody is writing cheques back to anybody,” Blair adds, even though his club has already paid for a few thousand balls, uniforms and other items.

This could mean that a lot of leagues will push seasons into the fall if they are able.

He says, despite the tough predicament, the vast majority of parents have been understanding, but not everybody. You know who you are.