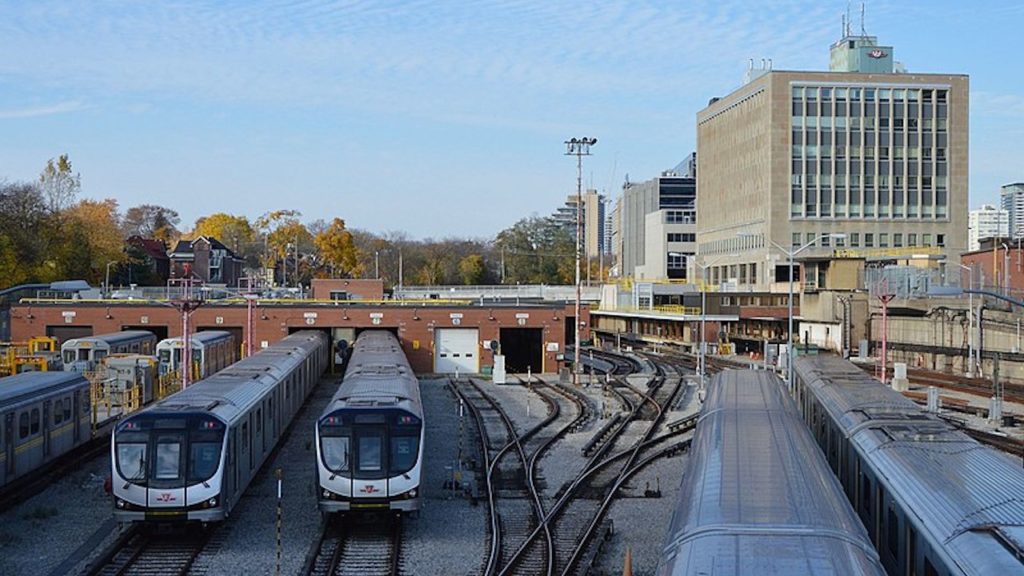 Five years ago, the city of Toronto began studying the feasibility of creating a signature park space by building a rail deck over the TTC yard a Yonge and Davisville. Now, the project takes the next step with a public meeting slated for Jan. 19 where the proposed next steps will be revealed.

The steps include Next Stop: Davisville, which is described as “a special study to assess the feasibility of decking the Davisville Yard.” The study includes an engineering review, identifying TTC facility requirements, a land use and built form review and a funding strategy to make the exciting new project a reality.

Of course, Torontonians are familiar with the concept of a park created by decking over a rail line by Mayor John Tory’ failed Rail Deck Park. But, this time at least, the land in question is in the city’s hands, not a development company. So that’s helpful.

The rail deck park could span approximately 2.5 acres over the site, and the yard, as well as the subway facilities including the station, substation and signal facility would remain operational.

“Yonge and Davisville is an evolving, thriving mixed-use community. A significant asset, The Davisville Yard and adjoining TTC trench represent an unparalleled opportunity to provide a signature park and amenity space for this growing community, in addition to critical transit infrastructure,” reads information sent by the city of Toronto announcing the meeting.

Prior to the public meeting, the last update was regarding a survey and a “Social Pinpoint” project page designed to garner feedback to inform that project’s vision and guiding principles for the Davisville Yard site.

The park project will be part of the redevelopment of the TTC headquarters located in the McBrien Building as well as the adjoining Davisville Yard into a transit-oriented community hub at the prominent midtown intersection along the Yonge subway line.

The in-person public information session on January 19 from 6:00 – 7:30 p.m. will be held at the Northern District Library