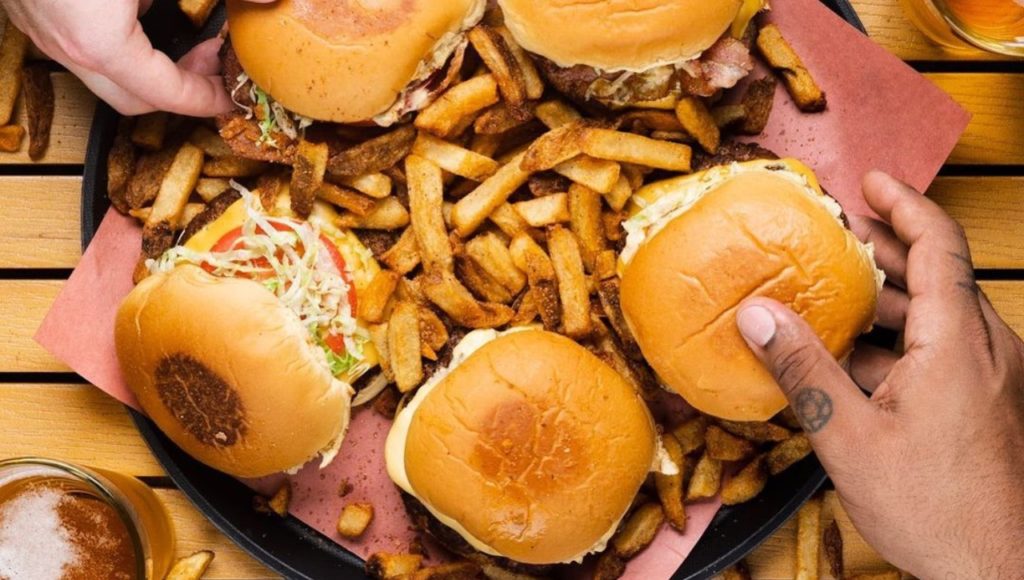 Later this month commuters, sports fans and concert-goers alike can stop in on their way through Union Station for a bite to eat at Mikey’s Smash Burgers, the latest venture by Chef Michael Angelino, co-owner of OCHospitality which backs well-known restaurants like Union Chicken, Amano Italian Kitchen, and the recently-opened Amano Trattoria.

Whether you’re just passing through or looking for the next best thing in grab-and-go burgers that don’t sacrifice taste or quality, the 65 Front Street location, located in the heart of Toronto’s bustling Union Station, is the place to go.

The smash burgers are made from locally sourced, hormone and antibiotic free beef, the same supplier servicing Chef Angelino’s other spots. Beyond the burger joint classics, the menu boasts some speciality patties like a Jalapeno Cheese Dip Burger and a Pastrami Patty Melt. For the vegetarians, Mikey’s even serves up a stuffed mushroom burger, foregoing meat but not flavour.

Though work-from-home or hybrid working models has become the norm and slashed daily commuter traffic, Michael still feels like Union Station is the ideal location for his new restaurant’s first location.

“We love the direction that the station is taking and believe it is an amazing location with lots of action and great things coming. Union Station is actually becoming a Toronto hub and centre for the arts,” he says.

Over the years, Union Station has undergone many revitalization projects including one in progress now, transcending a typical transportation hub and evolving into a spot for tourists and locals alike to explore, eat good food, and shop.

While predominantly a grab-and-go spot, Mikey’s has some limited seating options and a casual, inviting vibe that celebrates the star of the show: the American Smash Burger.

When asked about the challenges the ongoing pandemic has posed, Michael is unfalteringly optimistic.

“This project was in the works well before COVID, and now with things starting to loosen up a bit the time made sense to open. As we’ve seen, it’s going to take time to return to some sense of normal but I think people miss the social aspect of eating out and are craving that experience even if they are working from home,” he says.