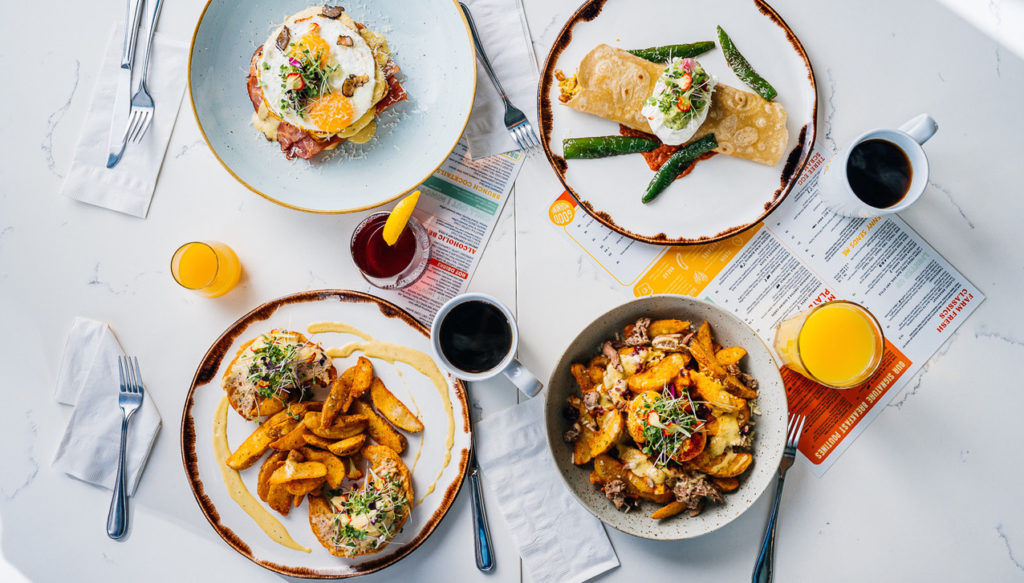 One of Calgary’s hottest brunch spots is slowly popping up across the continent and Toronto is lucky enough to get not one, but two OEB locations opening later this year. The first will be “hatching” in Liberty Village this spring.

When Chef Mauro Martina opened Calgary’s first OEB back in 2009, he had no intention of turning it into a franchise. His only goal was to open a restaurant that would allow him to spend more time with his new wife and family.

For Martina, a breakfast restaurant was the perfect opportunity. “Nobody’s really doing the chef-driven farm-to-table concept of knowing who your butchers are, who your farmers are, who your vegetable producers are, everything. Everything that you need to know to connect the land with the table. Nobody was doing that.” 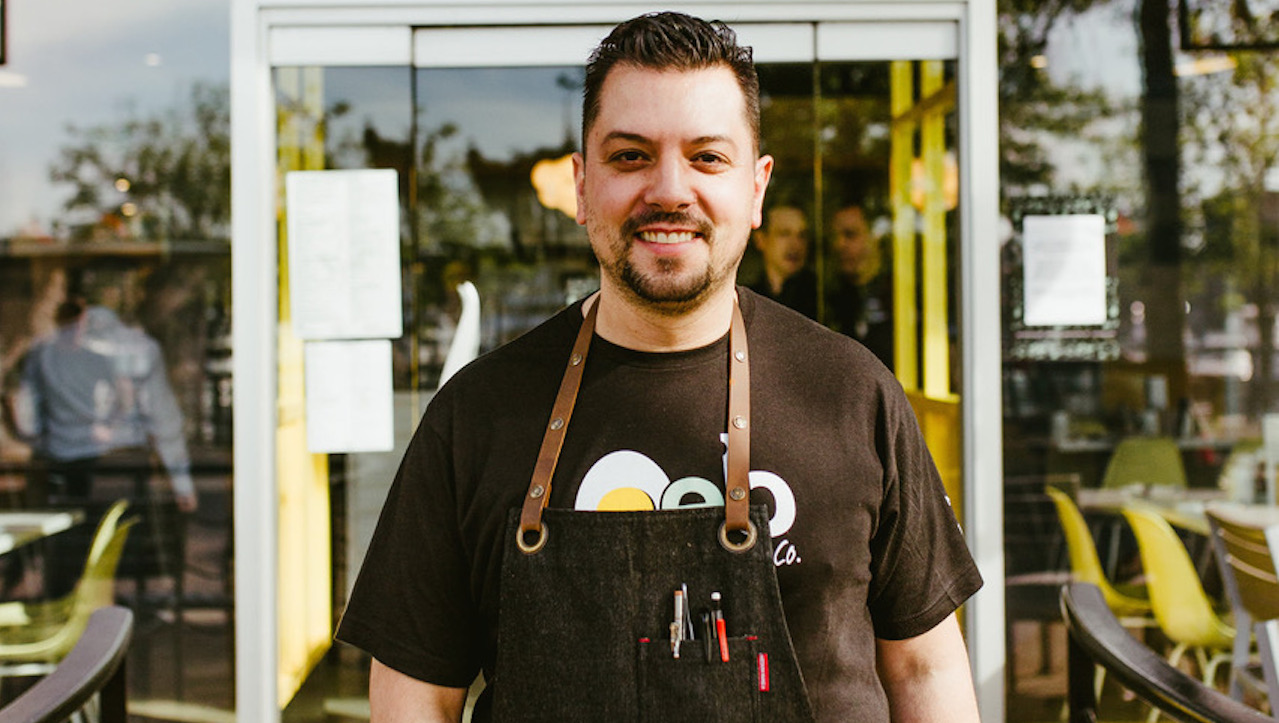 Now, OEB has restaurants in Edmonton, Saskatoon, Vancouver, Winnipeg, and Kelowna. Expansions have also started into the US with a franchise in Arizona and one coming soon to California.

It’s important to Martina that no matter where OEB opens, it continues to operate with the same values of knowing where the food comes from. “The foundation of this company needs to remain the same.” For Liberty Village, that means working closely with local Ontario farms to ensure the best quality food is being put on the table, and creating a community through OEB. “You can create a restaurant, but you can’t create the energy. The energy creates itself, right?” 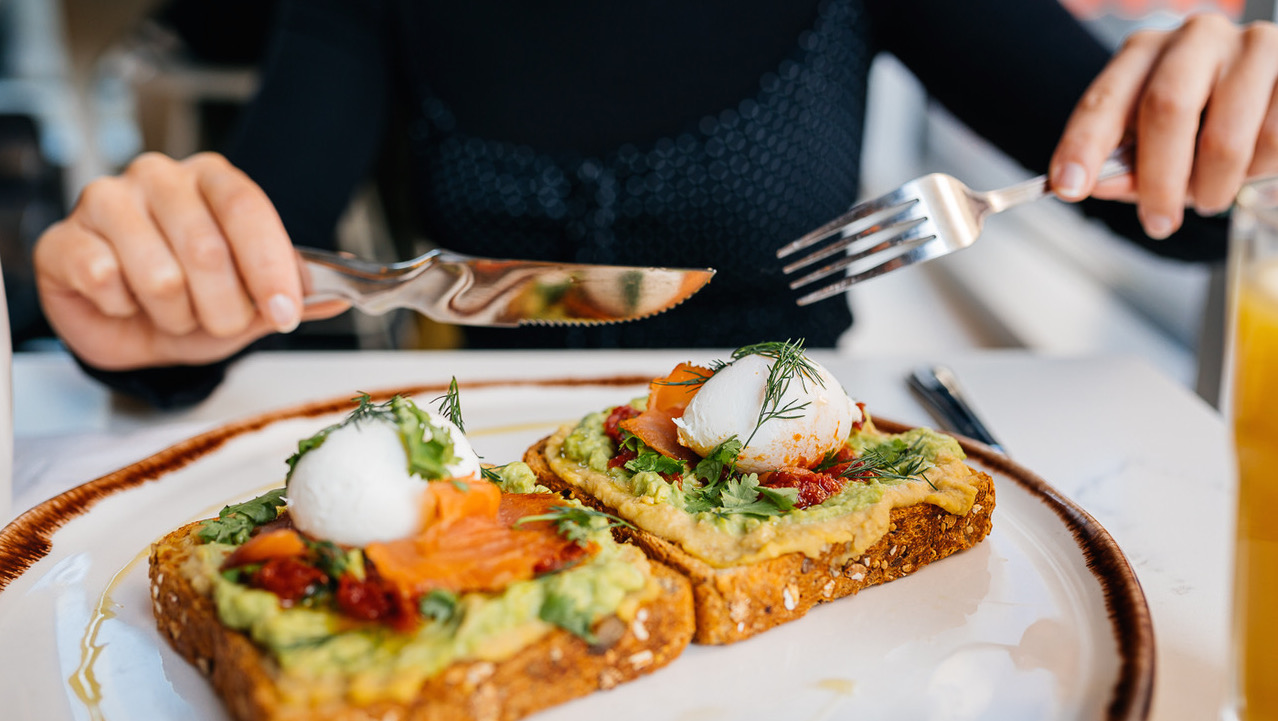 The Liberty Village opening will include indoor and patio dining, with an interior that matches the bold colours and egg and rooster decor found in the Western locations. With windows facing east, the space will give guests a chance bask in the morning sun while enjoying their OEB menu favourites.

Like the space, the menu will be consistent with the other locations, featuring the fan-favourite Soul in a Bowl breakfast poutine (duck fat-fried herb potatoes topped with poached eggs, curds, bacon lardons, and hollandaise) and, for a sweeter taste, the French toast trifle. 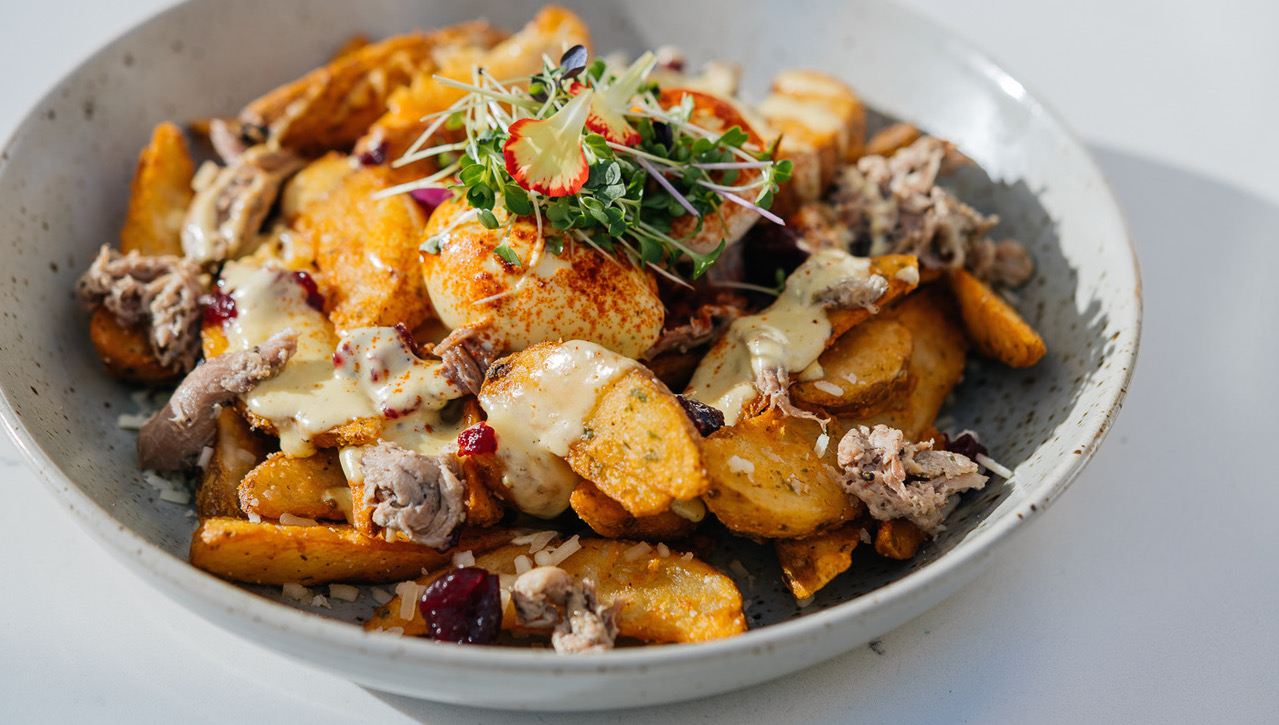 OEB is opening at 171 East Liberty Street, and though no tentative date has been set, the company has announced a spring 2022 opening, with Martina remaining optimistic for March. No other information is known about the second location in the city except that it will be opening some time this year on Toronto Street.