A Montreal-inspired bar just opened near the St. Lawrence Market - Streets Of Toronto
Skip to content 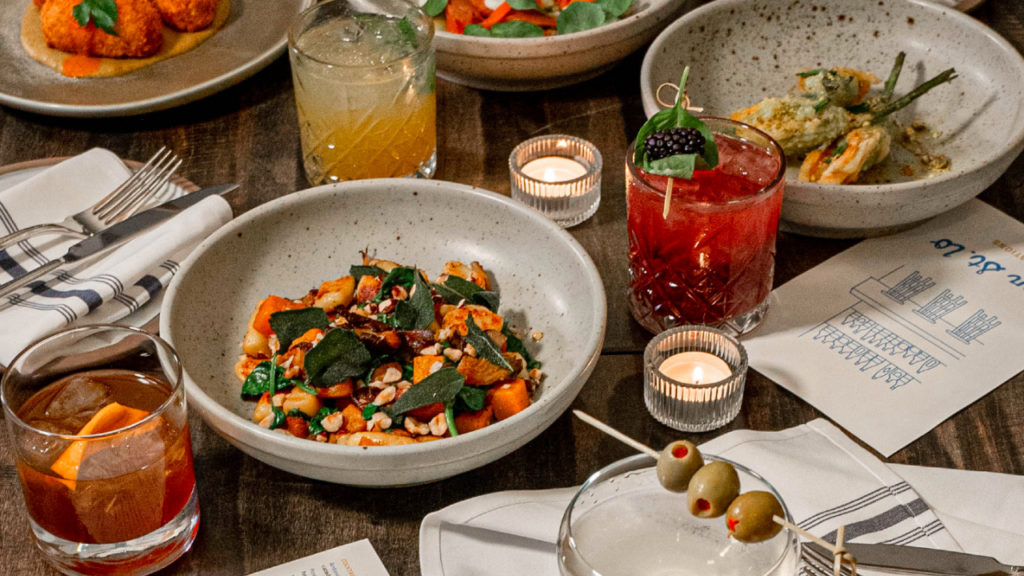 Bar St. Lo is one of the latest establishments to open in Toronto’s bustling St. Lawrence Market neighbourhood.

Boasting a menu that revolves around modern, seasonal Canadian fare, the location is perfect for sourcing ingredients that make their way into the kitchen.

“Inspiration was definitely drawn from the market next door, but also originally we were all inspired by our time in Montreal,” says co-founder Zach Roher. “Each of the founders of Bar St. Lo lived in Montreal for a time, and the culture influenced who we are today – especially what we like to eat.”

Chef Rory McGouran is the executive chef at Bar St. Lo. He’s worked in many places around the world, but locally, you might know him from 416 Snack Bar, Scaramouche, and Mascot Brewery.

“Our menu is seasonally changing with nightly features that highlight what’s in season and available across the street,” says Roher. “We try to highlight vendors while offering unique dishes that push the boundaries of what our guests have tried before, yet still feel familiar.”

Some of the most popular dishes include the zucchini flowers, which Roher says are now out of season, but were so popular that they’ve been brought back as a regular weekend feature.

The miso black cod and the house-made forest gnocchi are also fan favourites. Lastly, Roher says you have to try the seared foie gras, which is served on pain perdu (French toast) with maple syrup and berry compote.

Bar St. Lo also has a series of red and white wines available by the glass or bottle, as well as a selection of beers, ales, sours, and ciders.

Bar St. Lo is located at 26 Market St. and is open from 5 p.m. until late, Wednesday through Sunday, but plans on opening for brunch and lunch service in the new year.