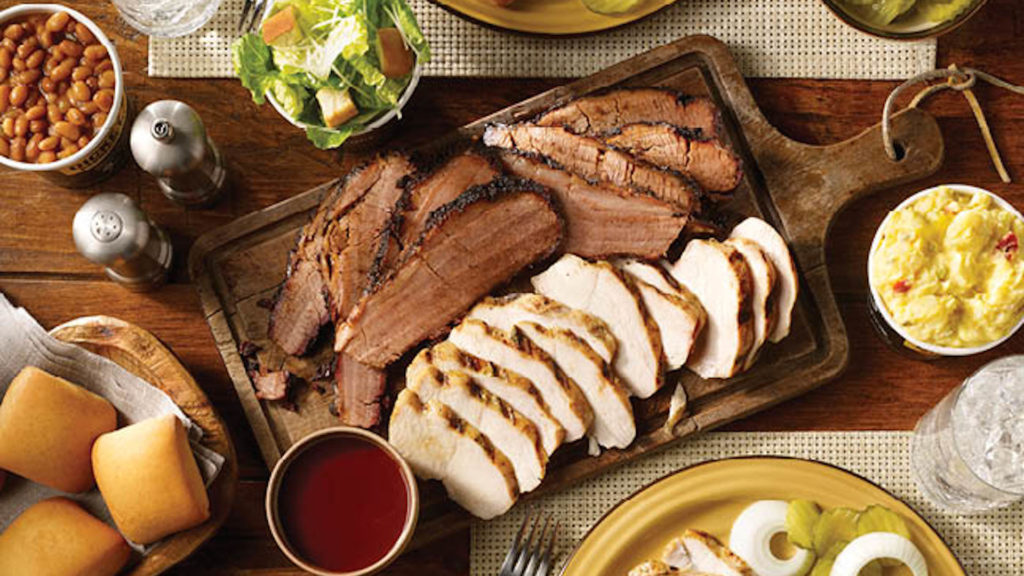 The world’s largest barbecue concept, family-owned since 1941, is coming to Toronto. After expanding from Texas, Dickey’s BBQ empire now includes 550 stores across eight countries, including 44 US states, and it is finally bringing its drool-worthy smoked goodness to our city.

The slogan is Legit. Texas. Barbecue., playing on how seriously the Dickey family takes the smoked arts. The Toronto location is slated to open this summer.

“Toronto has an amazing dining scene, but it lacks a true, authentic barbecue experience, which we can’t wait to provide,” Laura Rea Dickey said in a statement. “It’s always exciting to debut our Legit. Texas. Barbecue. in a new community, but it’s particularly exciting when our brand crosses borders. We look forward to introducing our tastes of Texas to Toronto and more Canadians across the country.”


Dickey’s serves up eight slow-smoked meat options and 12 wholesome sides to pair it with, which they promise to have “No B.S. (Bad Stuff)” included. Meats include brisket, marinated chicken, Polish kielbasa, and a half rack of ribs, while sides include creamy spinach, jalapeno beans, and onion tanglers.

Dickey’s BBQ partnered up with Anand Desai and his partner, Sharmistha Ghosh, who has significant restaurant experience in Toronto.

Toronto is not without its share of Texas BBQ-style restaurants, including Beach Hill Smokehouse, co-founded by a Texas pitmaster who moved to Toronto as well as Cherry Street BBQ.

As of now, no details regarding an exact opening date or a location have been provided, but barbecue lovers can keep an eye on Dickey’s BBQ’s Instagram for more details.