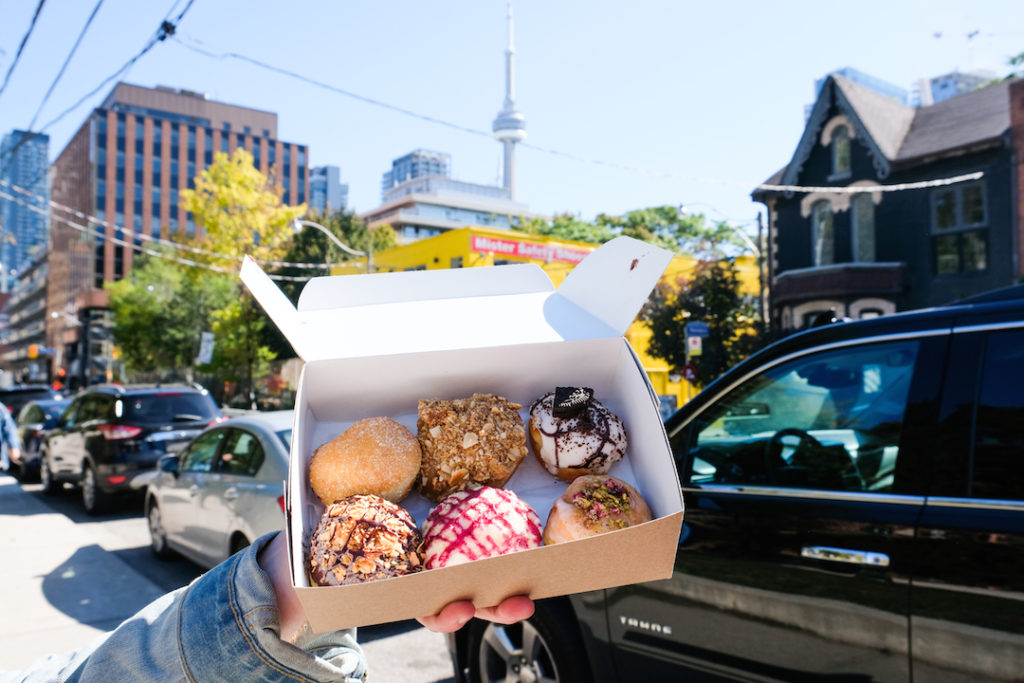 If you’re in the mood for a “hole” lot of fun and the thought of sampling some of the city’s finest baked treats is right up your alley, an underground donut tour will be making its way to Toronto on Friday.

The delicious tour has been running for seven years in cities across the U.S. including Boston, New York and Las Vegas and in parts of the UK with the first Canadian stop — Vancouver — joining the list of donut destinations earlier this year. To date, the tour has hosted thousands of guests from around the world showcasing the best donuts each city has to offer.

Donut lovers will have the opportunity to visit four of the city’s top spots with the the two-hour walking adventure beginning at mini-donut mecca, Cops Doughnuts where fresh made from scratch donuts are made on the daily.

Next, the tour will make its way Bloomers the adorable Queen West bakeshop serving up some of the best vegan donuts in the city. After a quick bit of history on the shop and the surrounding neighbourhood, guests can sample some of the delicious seasonal flavours Bloomers is known for like pecan butter tart and raspberry pistachio cheescake, as well as top sellers including rose pistachio and vanilla sprinkles. The tour wraps up with stops at two undisclosed donut spots in Kensington Market


“I think guests are really going to love what we’ve put together. We have something for every type of donut fan: hot and fresh mini donuts, vegan donuts, churros, and more,” said Eitan Shalmon tour manager for the Underground Donut Tour Toronto. “We can’t wait to show guests around downtown Toronto.”

Tours start on Friday, November 18, and run year-round every Friday, Saturday and Sunday at 10 a.m., with more dates and times coming soon. Tickets are $40 for adults and $25 for children 10 and under and can be booked online.