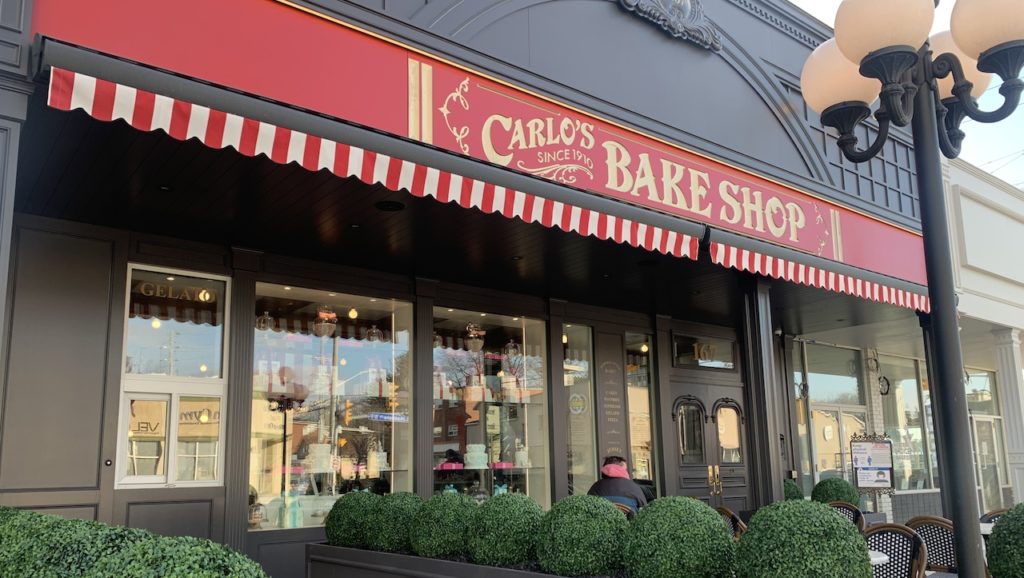 Most famously known after being featured in TLC’s Cake Boss, Carlo’s Bakery is a family-run bakery that first opened in Hoboken, New Jersey in 1910.

Originally owned and operated by Carlo Guastaferro, in 1964, Bartolo Valastro Sr. took over Carlo’s, and ran the bakery until his death in 1994. Since then, the Valastro family, including fourth-generation master baker Bartolo Jr. “Buddy” Valastro, have made a name for themselves in the baking world, thanks to Buddy’s intricate cake designs and whimsical creations, which have been featured in major publications as well as television shows.

Over the years, Carlo’s Bakery has become synonymous with designing stunning, one-of-a-kind cakes.

With 12 locations in the U.S., Carlo’s is a household name south of the border.

The company also installed a series of cake ATMs across the Greater Toronto Area, mostly in shopping centres, including inside The Toronto Eaton Centre, Yorkdale Shopping Centre, and Scarborough Town Centre.

The new location is about double the size of the original Hoboken location, which is about a five-minute walk to the trains into New York City. The Port Credit location, though, offers something that the original location–and no other location in the United States, for that matter–has: it offers pizza, sandwiches and other savoury treats, with tomato sauce, focaccia and Jersey mutz (the colloquial saying for New Jersey’s famous mozzarella).

Like all of the other locations, though, Carlo’s Bake Shop offers decadent treats from rainbow cakes to beaver tails to cookies and pies, and even has a custom cake section that has an indoor takeout window with a green wall.

Complete with Instagram-worthy decorations, from a central chandelier to a neon sign to a cardboard cutout of Buddy Valastro holding a cake, Canada’s only Carlo’s Bake Shop, enclosed in a white-painted brick building, stands out at the corner of Lakeshore Boulevard and Mississauga Road, joining a trendy area in Port Credit brimming with restaurants, bakeries, and bars.

Carlo’s Bakery’s first-ever Canadian location is located at 167 Lakeshore Road West, and is open from 9 a.m. to 9 p.m. daily.