9 Toronto couples help us look back on their first date, kiss, or fight for Valentine’s Day - Streets Of Toronto
Skip to content 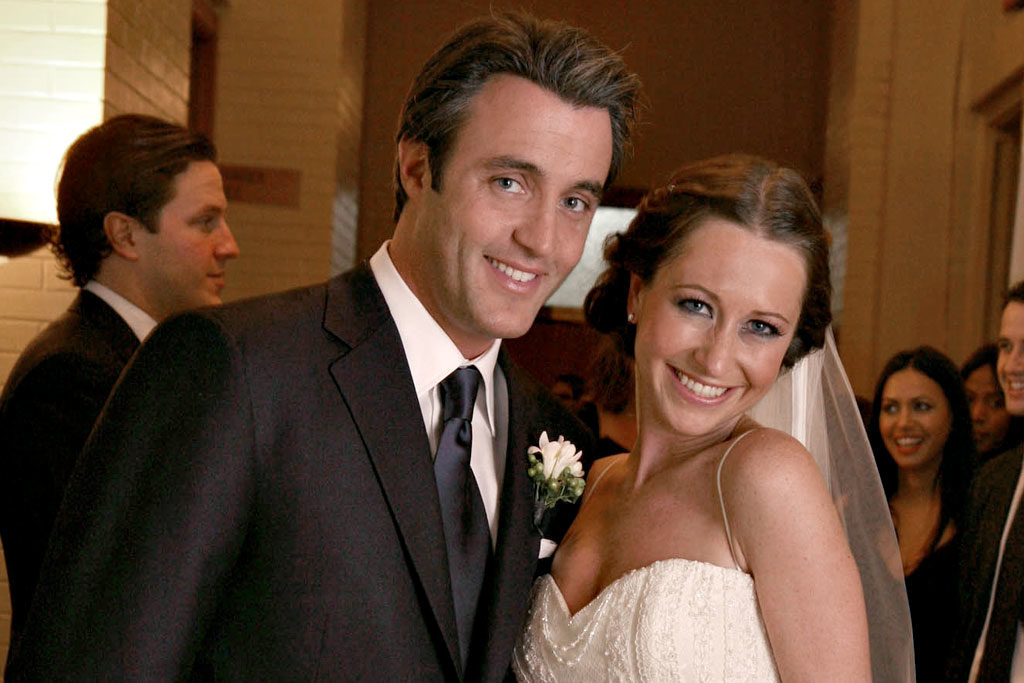 Ben & Jessica Mulroney’s first date
Ben: I had some time off during the Canadian Idol cross-country talent search and was going to be in Montreal (where Jess lived) for a couple of weeks. I thought, “I will never have a better chance to spend time with Jessica,” so I sent her a text. We went for sushi and karaoke (although I was the only one who sang that night). I knew about halfway through the date that we would eventually get married.
Ben anchors etalk and Your Morning on CTV

Dina Pugliese & Alek Mirkovich’s first kiss
Dina: Let me start by saying I’ve always been a late bloomer in everything in life. So when it came to dating (which only started in my mid-20s), I was always super shy and kept advances at bay. So when my husband and I went on our first date, and I went in for the first kiss, no one was more shocked than me! He made me feel so comfortable and was such a gentleman, I wanted to let him know I was in it for real.
Dina is the host of BT weekdays on City

Gord & Sharon Martineau’s first fight
Gord: We had a huge argument over who wrote the book Electric Kool-Aid Acid Test (this was long before smartphones). I said Kurt Vonnegut was the author. She said it was Jack Kerouac. Turns out it was Tom Wolfe, and we were both wrong! This set the stage for every argument we’ve subsequently had. We always both end up being wrong. I left our date thinking she was a know-it-all. She just thought I was a jerk.
Gord is the former anchor of CityNews David Dixon & Jeff Proppe’s first date
Jeff (R): We met at Colby’s nightclub in 1993. When I first saw David, I thought, “Hello Brandon Walsh!” David had long side burns and a resemblance to Jason Priestley of 90210. Our first date was dinner on Church Street, I think.
David (L): When I first saw Jeff, I thought he was cute, but I remember hating his bomber jacket. And no, our first date was unofficially after my graduating fashion show with my family.
David is a luxury womenswear designer

Cynthia & Jason Loyst’s first date
Cynthia: Our first date was at Insomnia Restaurant in the Annex. Before he arrived, I was going over my “list” in my head. I had developed a series of questions that I would pepper in during first dates. He came in and sat at the bar beside me. The first thing I noticed was he smelled like Aveda products and was wearing a sweater that made me want to hug him. As we chatted, I saw invisible check marks in the air.
Cynthia co-hosts CTV’s The Social

Sabrina Jalees & Shauna McCann’s first kiss
Sabrina: I was at a bar and saw Shauna dancing. I tried to talk to her but wimped out. Finally, I walked up to her and said, “I think you’re really cute and I’ve been trying to tell you all night.”
Shauna: I said, “I think you’re really cute.” And then we kissed on the cheek. There were sparks. She tried to turn it into a follow-up mouth kiss, but I respectfully slid her to the cheek for a second one. She’s been following me ever since.
Sabrina is a comedian & writer on Powerless

Dwight & Janice Drummond’s first date
Dwight: When I went to pick up Janice for our first date, my friend Maurice answered the door. I thought, “Is he her ex-boyfriend? Do they still live together?” He read the perplexed look on my face and said, “Janice is my sister.” All I could think was, ‘How do I not know his beautiful sister?’ We went to Marché and then took in jazz trumpeter Terence Blanchard at the Top of the Senator. I remember it like it was yesterday.
Dwight hosts CBC Toronto News

Adam & Dena Rodness’s first fight
Adam: I do remember our first argument. It had to do with who ate the last of the oranges in our first apartment in Toronto. Yes, when you realize the major conflict in your relationship is not having enough oranges, life is good! Though one time Dena did wax the hairs on my shoulder and gave me a terrible rash. My doctor said, “If this is the worse she’s given you, she’s a keeper.”
Adam is the writer/producer of The Haunted House on Kirby Road Cheryl Hickey and Kevin Foley's first date
It was a blind date. We were introduced by a mutual coworker, she emailed us both and I responded to the email but he never did. The coworker asked if I had talked to Kevin and I said no I never heard from him. So she went to him, found out he had mass deleted all of his emails, then went into his email and retrieved it. We went on to email for about three weeks and talk on the phone for another two weeks. We finally had our first date at 7 West Cafe. I didn't know what he looked like, he didn't know what I looked like. He was a sports guy so he never watched entertainment, so he had no idea who I was or what I did, which was great. I remember being in the taxi on the way home from our first date. I remember our knees touching and our hands touching, and shockwaves going through our bodies.
Cheryl is the host of ET Canada