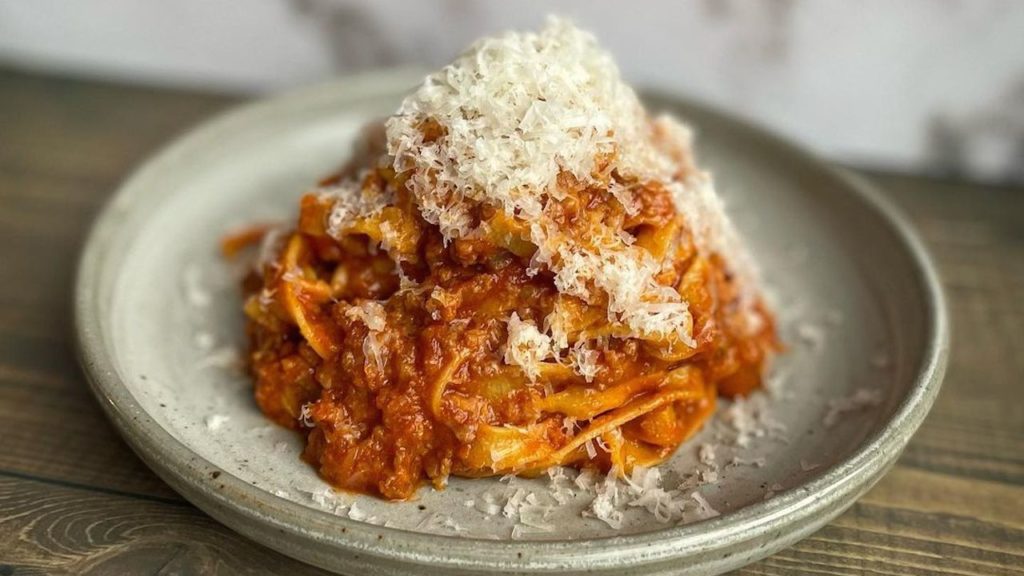 With more than half a million people of Italian decent living in the GTA, it’s safe to say that if there’s one thing that Toronto knows how to do well (and there are many), Italian food tops the list. So, if you’re not lucky enough to be wintering on the Amalfi Coast, not to fret; the city is teeming with an abundant number of Italian restaurants with culinary offerings  so authentic,  you’ll feel like you’ve been transported to the old country.

Here are seven Toronto restaurants that will make you feel like you’re in Italy.


From a restaurant by the Tyrrhenian Sea in Milazzo, Sicily, to a rustic trattoria on King Street East, Roberto Marotta invites you to mange with him at Ardo. Growing up in Sicily, this professional chef came to Canada to build a new life with his Canadian wife and partner and found a way to make Toronto feel like home. Serving up traditional Sicilian cuisine, Ardo is the place to go and feel like you’re part of the family. Using local ingredients as well as ingredients imported from Sicilian producers, the menu brings you back to Sicily by the sea, especially with dishes like the grilled octopus. If you close your eyes, you might just smell the salt water. 243 King St. E.


Since 2001, 7 Numbers has been showing Toronto how to put, and keep, the “family” in family style. This southern Italian restaurant is serving its country’s version of soul food cooked up by the owning family’s matriarch, Rosa. Once a month, Mama Rosa opens her kitchen doors to teach others how to make their favourite 7 Numbers dishes. The veal lasagna is famous citywide, so come to the cosy midtown space, eat with whomever you call family, and let the cooks and servers at 7 Numbers treat you as if you were part of their own. 516 Eglinton Ave. W.


Following the massive success of opening his restaurant Giulietta in the spring of 2018, chef Rob Rossi (who appeared on season one of Top Chef Canada) once again partnered with David Minicucci to bring a taste of Northern Italian fare to Toronto’s Yorkville neighbourhood.  According to Rossi, the inspiration for Osteria Giulia’s seasonal menu was to breathe new life into some classic Italian dishes but still keep them very simple and honest. The anchovy and whipped butter toast, for example — a nod to traditional bruschetta — is topped with roasted garlic and crispy capers instead of diced tomatoes. 134 Avenue Rd.


Little Italy has long been the go-to place for authentic, old-school, Italian cooking. That is, until Il Covo came along. Ryan Campbell, co-owner and executive chef at the cicchetti spot has worked at Buca on King West with Rob Gentile (who Campbell met a decade ago while working at North 44) as well as cooked at some of Italy’s finest Michelin-starred restaurants, but owning a restaurant has always been his dream. Cicchetti is a way of eating that originated from Venice and are half portions of a main course. One might even call it Italy’s answer to tapas. “It’s the way diners enjoy eating – it’s more about trying many things,” says Campbell.  585 College St.


Tutti Matti serves food and wine that honours the spirit and culture of Tuscany. It is the fulfillment of a dream of chef Alida Solomon, who sought to bring both Tuscan food and culture to Toronto — the way that wine relates to food, food relates to wine and how the Tuscan lifestyle is inspired by both. The restaurant features an evolving menu that never strays too far from the original Tuscan concept, with both permanent fixtures as well as more seasonal options.  The  bistecca Fiorentina — a Tuscan favourite — is a 36 oz -bone steak served with arugla, and an onion marmalad, while the famous Tuscan pasta variety Paperadelle is a paired with a tender braised brisket. 364 Adelaide St. W.


Jen Agg’s retro-styled Dundas West restaurant specializes in pasta and wine. Rather than recreating classic pasta dishes, chef and co-owner James Santon focuses on Italy’s culinary tradition of using local ingredients. The result is a menu of Italian-inspired dishes with Toronto flair, along with charcuterie platters that pay homage to the space’s previous life as the Black Hoof. Try the famous Roman pasta dish ccacio e pepe which is made with ricotta, lemon, butter and black pepper, while classic Roman appetizers like the bitter green salad is served with pumpkin seeds, lemon, anchovy and parmesan. 928 Dundas St. W.


The incredibly fresh flavours of the Amalfi Coast is the star of the show at Michelin Star chefs Ernesto and Alfonso Iaccarino’s upscale Italian restaurant Don Alfonso 1890. The a la carte menu is bursting with an array of seafood options including la ricciola, a cured smoked amberjack, the vermicelli allo sgombro, a carpione style mackerel and the ravioli stuffed with west coast crab. 1 Harbour Square, 38th Floor