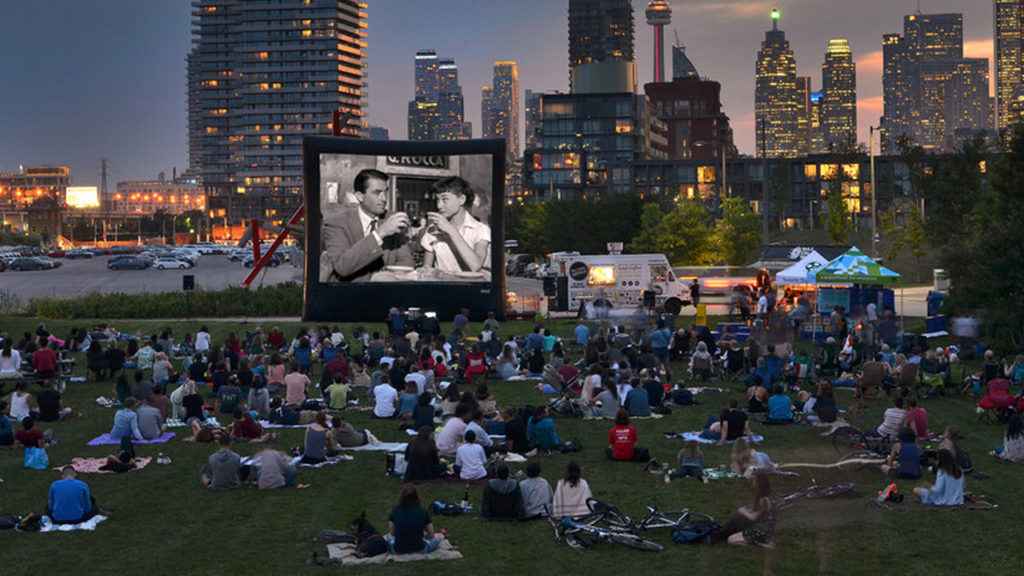 It’s barely been a month since the city has been able to start reopening, but Toronto is already flourishing with events and activities of all kinds! The arts scene is no exception; from whale skeletons and Medieval trails to illusions and Warhol, we can say with confidence that Toronto has got its groove back! Check out these six arts events happening in the city throughout August.

AGO gets its Warhol

After eight long months of being closed, the Art Gallery of Ontario has finally reopened with a massive new Andy Warhol exhibit. Celebrating one of the world’s most famous 20th century artists who led the pop art movement, the summer exhibit features more than 250 pieces spanning a four-decade career. Artworks include paintings, photographs and films, alongside an experimental multimedia installation combining film projections, disco balls and the sounds of music group the Velvet Underground. Iconic portraits include Dolly Parton, Elvis and Wayne Gretzky. Also open is AGO’s on-site store and bistro, including a brand new patio.

Into the Light Forest with Imagine Dragons

Casa Loma has been turned into a medieval fairy tale with the Imagine Dragons Light Forest. This self-guided walk along a two-kilometre trail will transport guests back in time and through an experience better than their own imagination. The walk will feature dazzling lighting and laser shows throughout the garden, tunnels and stables of the historic castle. Also along the trail will be interactive and immersive theatrical medieval displays by costumed characters. The Imagine Dragons Light Forest is appropriate for the whole family and will run Wednesday through Sunday until the end of August. Admission tickets are date and time specific.

Scott Helman at the drive-in

On Saturday, August 7, Scott Helman will be taking centre stage at CityView Drive-In. The singer-songwriter was born and raised in Toronto before releasing his first EP in 2014 and touring with Walk Off the Earth and Vance Joy. Now he’ll be performing his latest release, “Old Friends,” on the large outdoor stage featuring his hometown’s skyline in the background. At CityView, ticket holders watch the performance from their own socially distanced vehicles and can have snacks and beverages ordered straight to their cars. Also performing at CityView this month are Mini Pop Kids and the Drive ‘N Queens summer series.

Throughout the month of August, the Toronto Outdoor Picture Show presents TOPS and Friends, a five-week program of film screenings held at Fort York National History Site. With a theme of community celebration, TOPS is launching with a three-night opening weekend beginning July 31 and will finish with a five-night closing featuring live performances by local indie artists, curated by Wavelength Music Series. In between will be host screenings from Toronto’s best film festivals and arts organizations, including Inside Out, Vector Festival, Regent Park Film Festival and Toronto Reel Asian Film Festival. TOPS and Friends is free to the public with tickets reserved in advance.

The ROM is back

With the much-anticipated reopening of the Royal Ontario Museum comes three major exhibitions and plenty to explore. Great Whales: Up Close and Personal is a ROM original designed to get audiences immersed in the ocean with some of the largest creatures to have ever existed on Earth. The exhibit includes multi-sensory interactives and immersive experiences along with three skeletons of different whale species, including ROM’s beloved blue whale, Blue. Other exhibits include a limited-time feature of artworks by acclaimed Ethiopian artist Elias Sime and ROM’s world-renowned collection of Indian chintz.

On July 29, from the producers of the North American hit Immersive Van Gogh, comes a groundbreaking experiential exhibit featuring live magic. From British high-tech magician Jamie Allen, Illusionarium takes guests on a journey through the evolution of magic as the world’s greatest illusionists share their secrets. This one-of-a-kind experience uses life-sized holograms, 3D projections, live magicians and vanguard sound effects to take viewers through four magical rooms representing a different era, beginning with holographic Harry Houdini in the 17th century. Magic and entertainment duo Penn & Teller have been added to the lineup. Illusionarium is running out of the third gallery space alongside Immersive Van Gogh and Gogh by Car at 1 Yonge St.