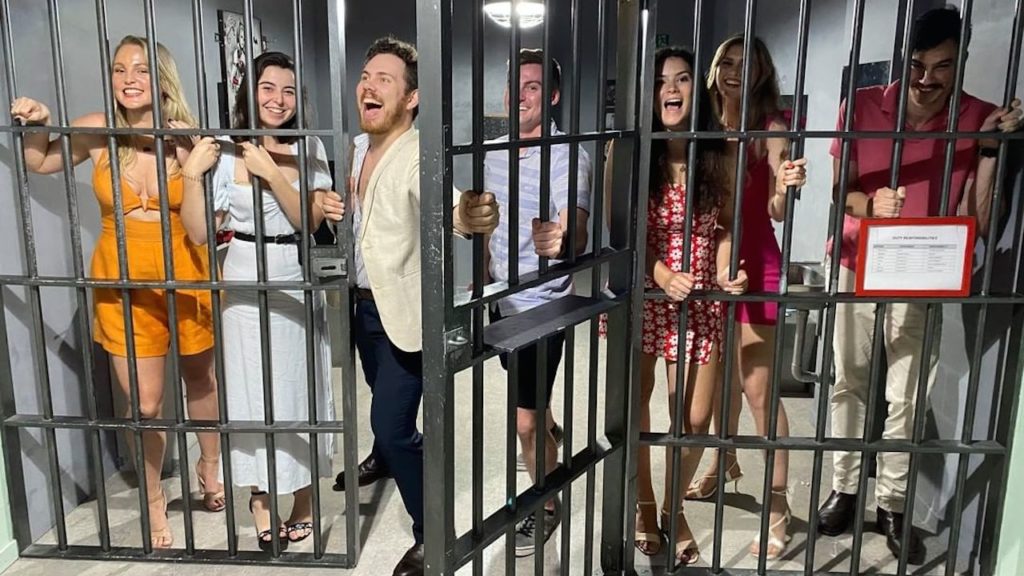 Nothing quite says Halloween like fear and excitement all wrapped (or trapped) into one! If you’re looking to spend your first Halloween out of lockdown solving cryptic puzzles about murderous monsters, haunted ships, and vengeful ghosts, look no further. We have you covered with six escape rooms to try in the GTA this Halloween month.

This October, Escape Manor is hosting three horror-themed rooms that should leave you with the jitters for days to come.

In Devil’s Advocate, you decide to make a deal with the devil and it feels “too good to be true.”

In Cabin 13 a “silly game” played during a trip to the woods goes very, very wrong.

Abandoned by your guide and terrified by the screams you hear through the walls, the room Asylum will trap you inside a doctor’s office that’s the stuff of nightmares.

Ever wanted to solve a murder years after it’s gone “cold”? Your mystery-solving abilities will be tested in Charlotte’s Attic; will you be able to figure out the motivation for a deranged father’s murder-suicide?

Alternately, in Dracula’s Library, you’ll run from the clutches of the famous blood-sucking count in an effort to expose him for what he truly is.

13 Doors traps you inside a haunted mansion that is equal parts terrifying and seemingly…alive?

All three of these Captive Escape Rooms are available for booking at Captive’s Toronto and Mississauga locations, but exclusive to Toronto is The Farm. While working on a farm, strange disappearances and blood-soaked boots have caused you to wonder: what’s really going on? All rooms on until Nov. 21 (and indefinitely afterwards).

With locations in Vaughan, Mississauga, and Markham (and a new location coming to Toronto soon), Trapped offers plenty of horror themed rooms with a wide variety of themes, from all realms of the macabre.

Ancient Pyramids takes place twenty years after the disappearance of an archaeological group at the Pyramids of Giza. Now, you and your team decide to venture inside and determine once and for all whether the pharaoh’s curse is real.

In Below the Sphinx, on a tourist visit to Egypt you get lost in a secret chamber underneath the paws of the Sphinx and must escape, uncovering the chamber’s secrets along the way.

In 7734 Hound Lane, you and your friends venture inside a recently abandoned home that seems to have claimed the life of one of its former inhabitants.

Midnight Arcade gives you the opportunity to find something important you lost. After waking up in the hospital with a wiped memory, you have one hour to explore the last place you remember being before your tragic accident and hopefully reclaim your lost possession.

Room #057 is a hospital room that haunts your dreams but can’t exactly be recalled by your conscious brain. In search of forgotten memories, you and your team set out to discover the secrets behind this mysterious room.

Until Oct. 31, something wicked is docked in the harbour at Queens Quay. Under the cover of darkness, you and your trusty crew have hijacked a seemingly abandoned ship, only to discover it is the ghost ship of Barnacle Beth. In order to save your souls from eternal seafaring, you must find Beth’s lost treasure and undo the curse once and for all.

Escape the Ghost Ship can be played in teams of six, with up to three teams (18 players) on deck at a time.

An ancient evil lingers in the air at Black Creek Pioneer Village. With a lantern in hand beneath the full moon, you must save your fellow villagers and stop an age-old curse from taking shape.  If you’re interested in an outdoor escape experience, Where the Dark Things Dwell is the escape room for you. This spooky experience is only available from Fridays to Mondays until Nov. 12, so book now for the immersive escapade of a lifetime!

If you’ve always wanted to try a game about medical experimentation, step inside The Lab: Lockdown. Without clocks or windows, strangers are held captive inside isolated cells and are experimented on by an unknown entity. One of your cellmates has not only survived a point blank gunshot, but he’s escaped with his strength. All this begs the question: what are they doing to you?