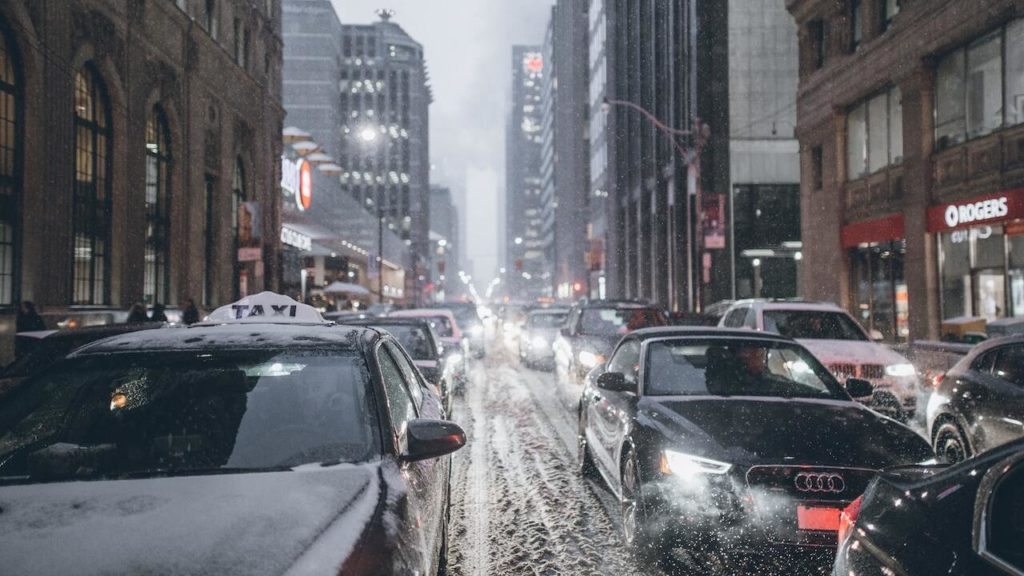 It’s not just you – traffic has gotten worse.

According to The TomTom Traffic Index, Toronto’s traffic congestion has been steadily surpassing pre-pandemic levels. While the city is trying to do everything they can to mitigate the amount of traffic clogging our streets, Toronto’s not necessarily known for having clear streets in the first place.

As vaccine’s roll out and restrictions lift, we’re finding ourselves putting away our comfy robes dusting off our jeans. We’re all returning to either in-person classes or work, and that requires a commute. This past school year saw congestion levels and traffic volume hit the highest it’s ever been during COVID. Part of the city’s traffic plan included a reduction on non-essential travel during the first two weeks of September, but it doesn’t do much good now that we’re in November.

Rush hour is all day in Toronto

This past year, Toronto’s population saw a record population decrease. With a lot of office workers pivoting online, there was no need to rent in the city while you could have more space outside of it. Now that offices are trying to pull people back in, those people are paying the price for their backyards. Kudos to everyone who stuck out the pandemic in Toronto, because you’re coming out on top.

Fear of the TTC

With COVID-19 still lingering, people are less likely to get into close quarters with strangers. We’re all not super keen to get back to standing in cramped cars while the guy in front of you downs a meatball sub during your morning commute. Toronto Transportation Commission (TTC) statistics show that ridership is down to about 45 per cent of pre-pandemic levels. This means more people are opting for their cars than they are for their Presto cards. Hopefully that meatball sub guy owns a car, and maybe you can listen to your podcasts in peace.

This was rush hour on the TTC yesterday at 5pm 🚀 #toronto pic.twitter.com/qgj3nTiHBI

If sitting in traffic wasn’t enough of a headache, now you have to listen to ear-splitting construction while you’re doing it. Early in the pandemic, the city granted more rush hour construction exemptions because no one was on the roads. Now they are, and while these exemptions are being rolled back as traffic increases, this doesn’t stop the permits that are currently on-going. While we can be hopeful that these projects wrap up quickly, when have we known Toronto construction to be quick?

Toronto welcomed us back to rush hour commutes with a two lane closure on the DVP which meant what normally would have been a 35 minute trip to her office was over an hour.

As there were less cars on the road, people maybe got a little too comfortable behind the wheel. Reckless driving has increased everywhere, and Canada saw a 59 per cent increase in reckless driving during the pandemic. With more people on the roads, that problem is only bound to increase. This means more crashes, more drivers cutting people off in traffic and — as a result — less confident drivers driving more carefully. We’ve all been stuck inside letting our driving skills get rusty, but let’s try to polish them off safely.