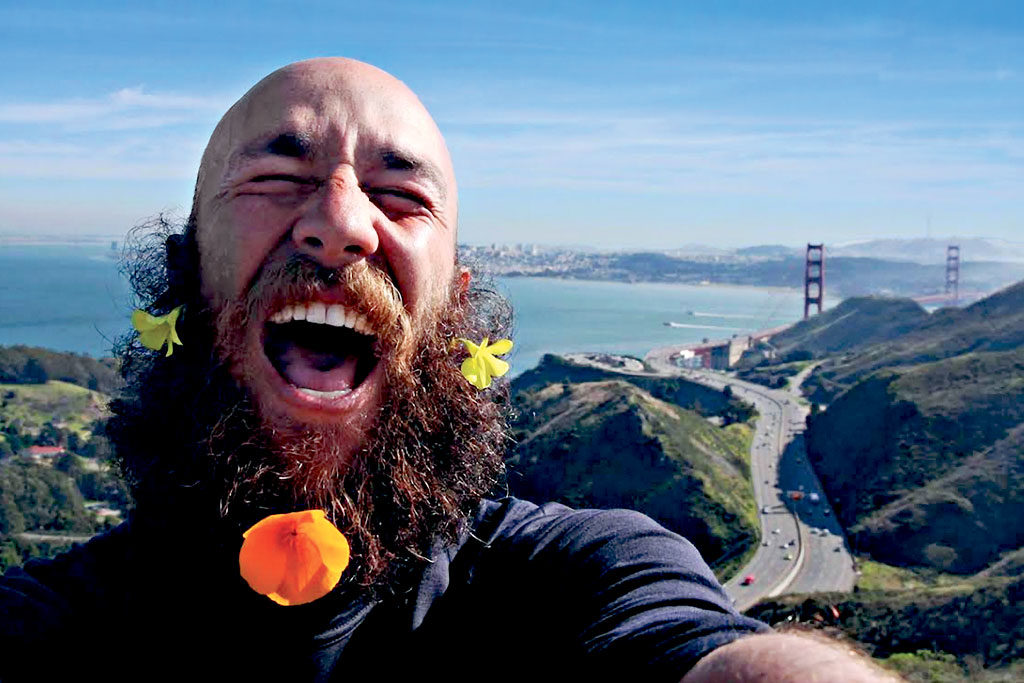 We all dream of dropping everything to pursue our passions. As part of our Daring Series, Post City chatted to the Torontonians who actually did. Find out why they think you should too #PostCityDaring After living in Norway and South Africa, Gotz and his wife, Esme, came to our fair country in 1964.

“I love Canada. I’m a great Canadian patriot. I learned here how to fly an airplane. I fulfilled my dream of being a pilot,” he says.

Last July, the day after Canada celebrated its 150th birthday, Gotz took his dreams of flying to the next level. He decided to go skydiving for the first time at the age of 89.

This March, Gotz will turn 90, and he and his wife will celebrate their 60th wedding anniversary.

The daring Torontonian will also be releasing a memoir in the near future.

When it comes to jumping out of planes, this grandpa says it’s perfect for people “who have that special love of space, of flying, of being in an aircraft.” -Mackenzie Patterson From Canada to Mexico on foot

A globetrotter at heart, Jordan Bower’s love of travel took him to places like Thailand, Australia and India throughout his twenties.

After watching Take a Seat — a film about a man biking from Alaska to Argentina on a tandem bicycle, offering rides to people he met along the way — the Earl Haig grad embarked on the journey of a lifetime: a 316-day walking trip from Canada to Mexico.

He walked alone down the coast through Washington, Oregon and California to the Mexican border.

Through the people he met along the way, the trip opened Bower’s eyes to the idea that everyone has a story to tell.

“The more I talked to people, the more I would learn that not only do we have stories, but we live in our own stories,” he says.

Bower believes that all people will benefit from doing something that gives them perspective on the life they are living and why.

“A retreat doesn’t need to last a year, but it does need to deliver some important and deeply personal insight about what you’re doing on this planet.” -Mackenzie Patterson The globe-sailing family of three

Delphine McCourt and her husband Robert first set sail on their boat Wahkuna in July 2013.

With their mutual desire to experience new places and a new way of life, they left their jobs (she was a French teacher, and he retired from his post as a director of engineering) and sold literally everything they owned (house, car, furniture and most of their clothes and belongings) to move to their boat full-time.

Their first cruise was down to the Sea of Cortez on the west coast of Mexico.

While in Mexico, they found a stray dog who wouldn’t leave their sides. He instantly became part of their family, and he, Güero, is the voice of their blog.

Currently, they are anchored at Simonette Sur Mer north of Port au Prince, Haiti, on their journey toward the U.S. Virgin Islands.

“Our long-term plan is to make it to Europe. We have been full-time cruisers for the last four and a half years, and we hope to continue cruising in Europe where it will be easier to visit family and friends,” says McCourt.  -Nikki Gill