2015 Torontonians of the Year: Scientist Christine Le - Streets Of Toronto
Skip to content 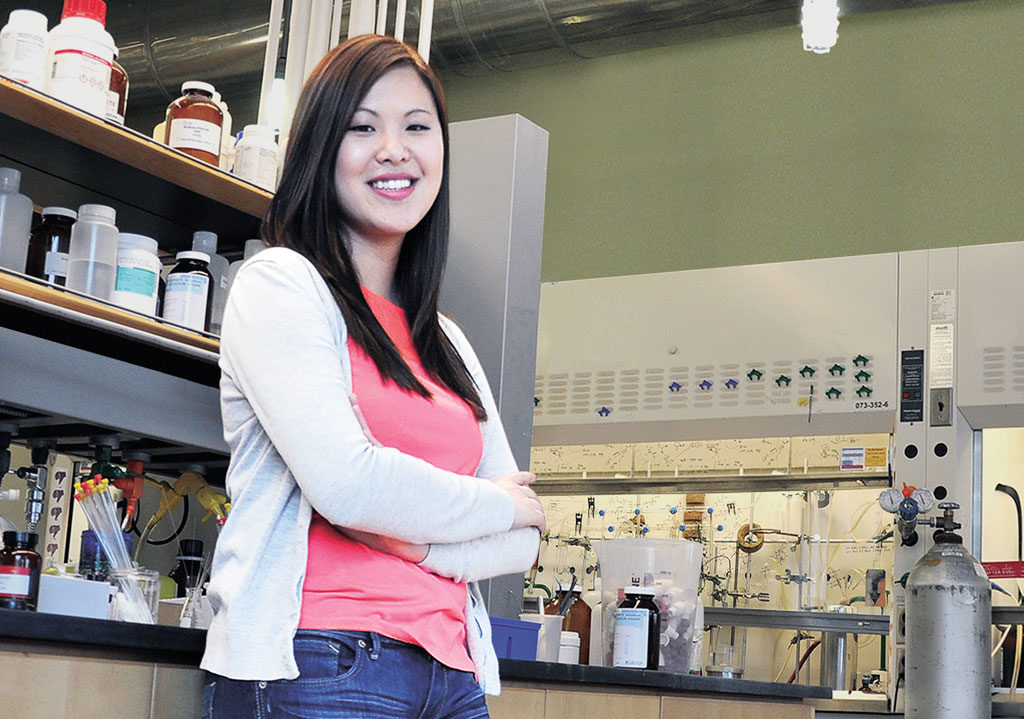 Richmond Hill’s Christine Le kicked off the year by being recognized by Forbes magazine as one of their 30 Under 30 in the science category in January.

Le, a PhD candidate in organic chemistry at the University of Toronto, is making waves in the realms of medicine, science and environmental practices.

She was the only Canadian to earn a spot on the Forbes list, thanks to a method she developed to expedite the process of making natural molecules with cancer-fighting properties, and other unknown classes of molecules with potentially higher therapeutic value.

This method reduces the amount of hazardous waste generated in the production of medicines and other chemicals, making the whole process more environmentally sustainable.

“I feel really privileged to be associated with a group of very talented individuals who are influencing their own world,” says Le about earning a spot on the Forbes list. “I also feel quite proud to be the only Canadian on the science list and to advocate for women and science in general.”

Le says what first sparked her interest in organic chemistry was the ability to design a new process to synthesize molecules and the possibility that these molecules could be used as life-saving drugs.

She is now on her way to making that type of impact in the world of oncology, as one reaction she pioneered uses rhodium to speed up the production of eight medicinal compounds, including an anti-cancer drug candidate.

As Le completes her PhD at the University of Toronto in 2016, it could prove to be an even more interesting year for her.