19 condo towers and up to 10,000 residents could land at Yorkdale - Streets Of Toronto
Skip to content 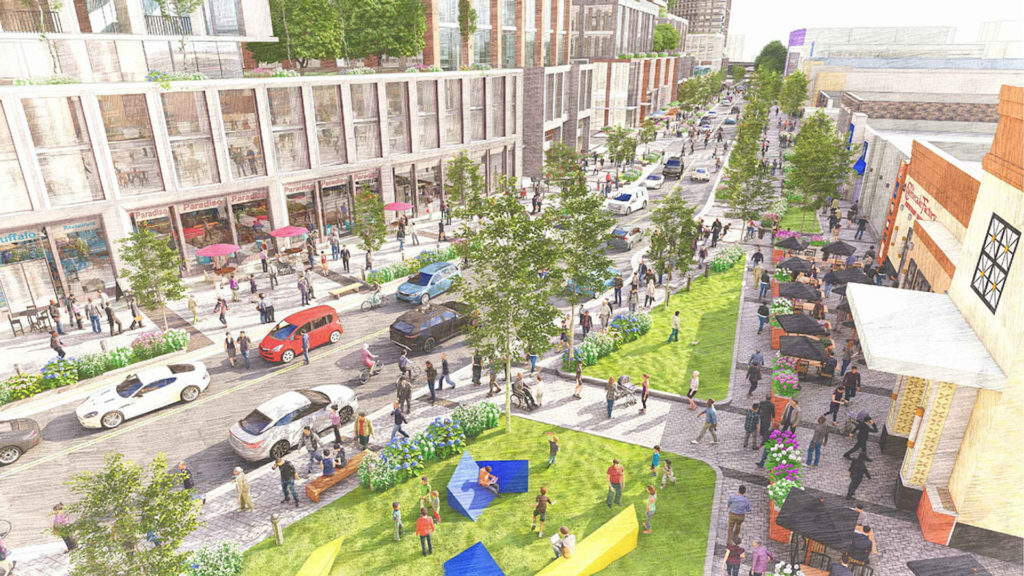 If you’re fed up with traffic congestion and parking at Yorkdale Shopping Centre, we’ve got bad news — things may not get any better in the future.

That’s because a mega-development is being proposed for the mall’s surface parking lot that could hold more than 5,000 new residential units on the site, as well as more stores, a promenade, a new hotel and three public parks.

Oxford Properties, which owns the mall, is calling for 19 towers that range from 12 to 40 storeys to be built in a crescent pattern along the lot’s north and west ends. 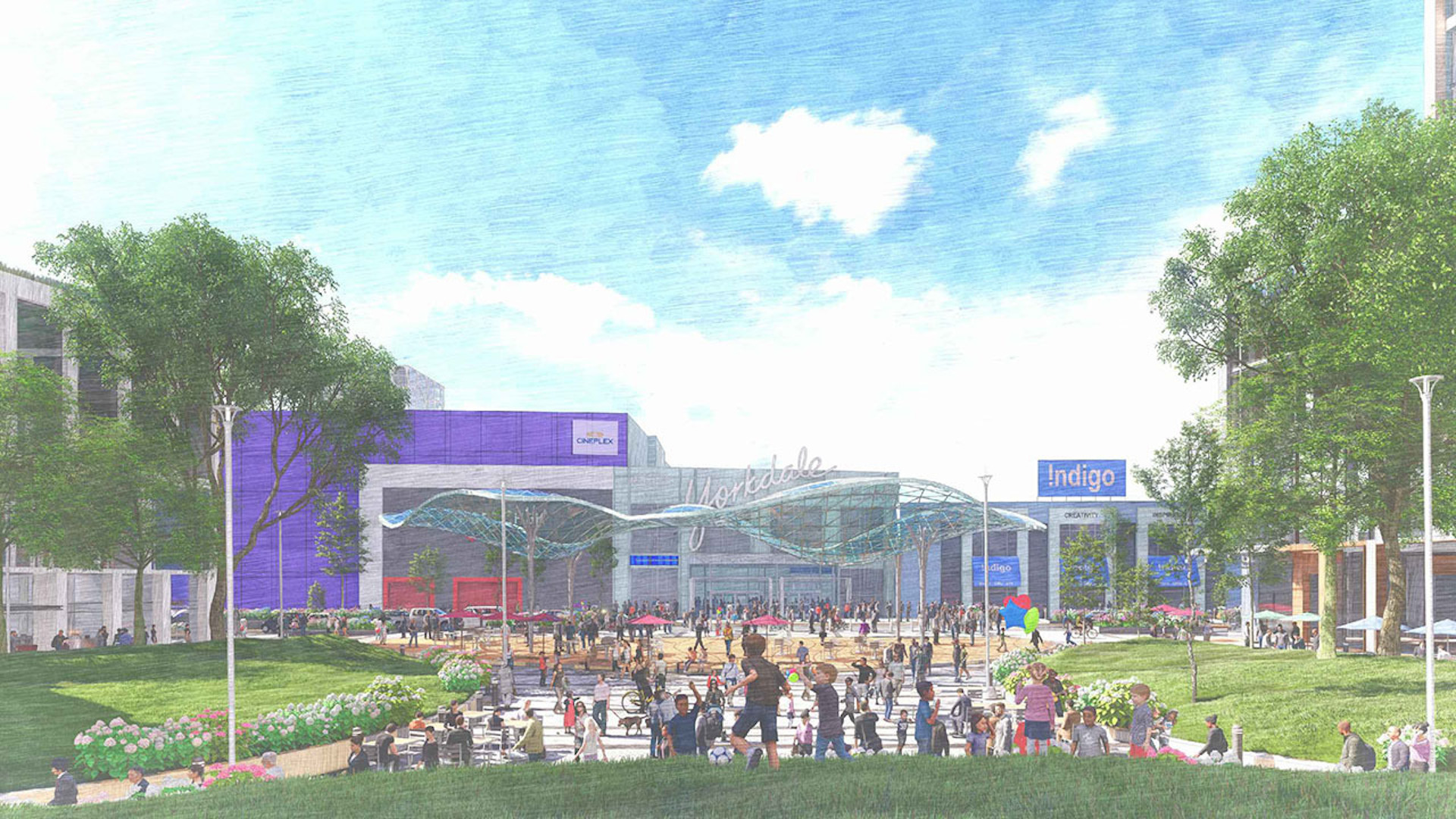 The developer said in a statement that Yorkdale will become “the heart of a new neighbourhood complete with parks, open space and walkable streets.”

“In the future, surface-level parking lots will not constitute the highest and best use of land in dense urban centres,” Oxford said.

“Future residential development at Yorkdale provides an opportunity to utilize this land to add to the city’s modest supply of modern purpose-built rental apartments.”

Local councillor Mike Colle told Post City that the development is essentially a “new city within the city” that could add up to 10,000 new residents.

“We’re getting an area that’s going to be built that is larger than many Ontario towns,” he said.

He said the project will be a “monumental challenge” to create given the relatively small size of the lot and the traffic congestion that is already there.

With the Yorkdale surface parking lot gone, Colle said all parking at the mall will move underground but still feels there may not be enough if people continue to rely on their cars. 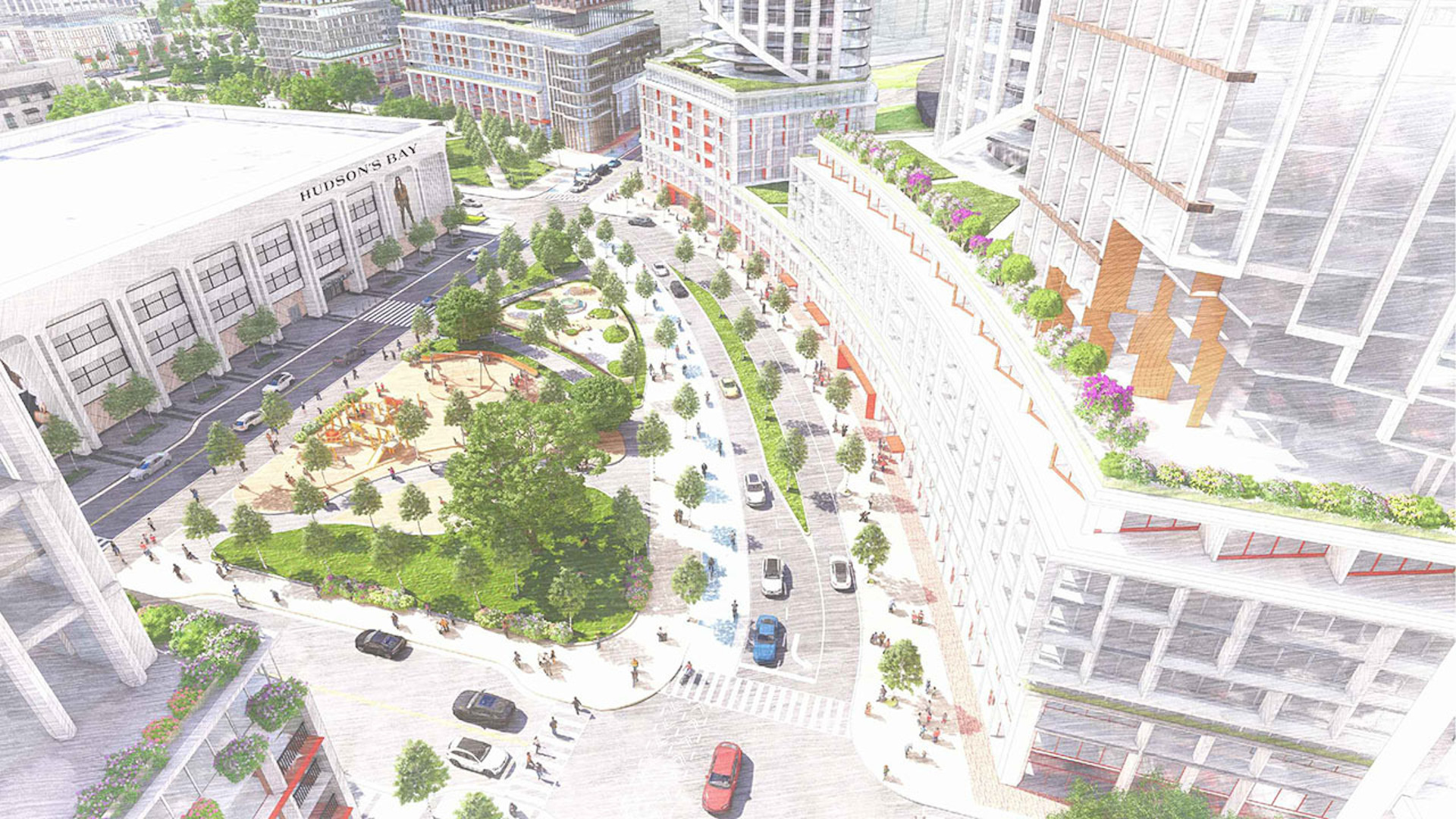 Adding to congestion are three 30-storey towers already under construction across the street.

To help with traffic flow, the City is working on a transportation master plan that Colle said is “contingent” for this project to work properly.

The plan calls for Dufferin to be extended north of Wilson and hook into the Allen expressway, and for Caledonia Road to be extended under Highway 401.

“You can’t have those two dead end streets,” Colle said. “It’ll just be total gridlock if we can’t get those two streets going.” 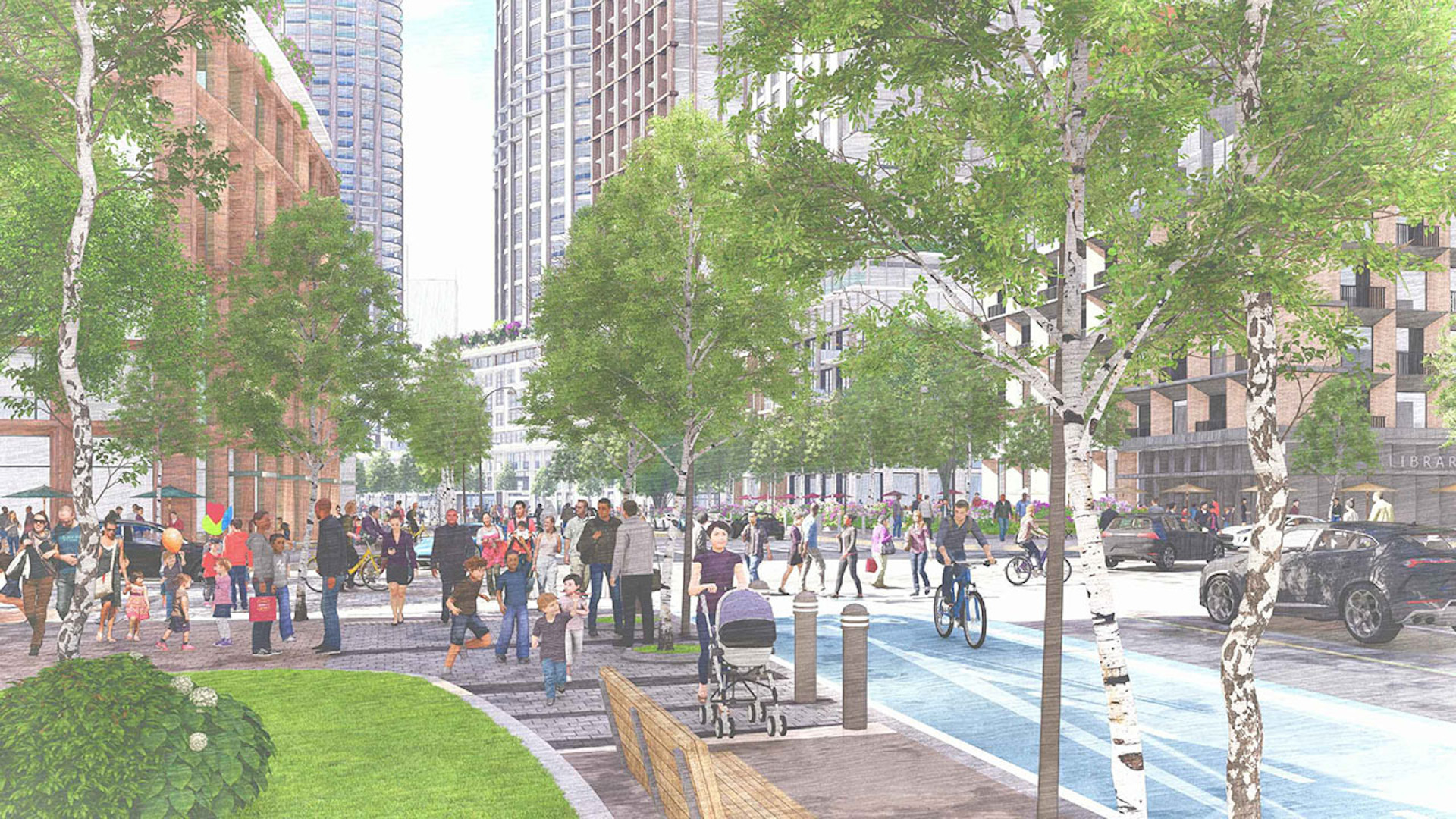 Community consultation will be held in late February to go over the transportation plans, while the project was seen by a City design review panel in November 2021.

Colle is also pushing for “community infrastructure” to be included in the new development, including a school, clinics and a library.

Luckily, the City has plenty of time to work with Yorkdale developers to make all of the plans feasible — Colle said this project likely wouldn’t be complete for the next 20 to 30 years.

“It’s a very daunting task ahead for everybody to make this work,” he said. “But we’ve got time to do it. We’ve got to get it right.”