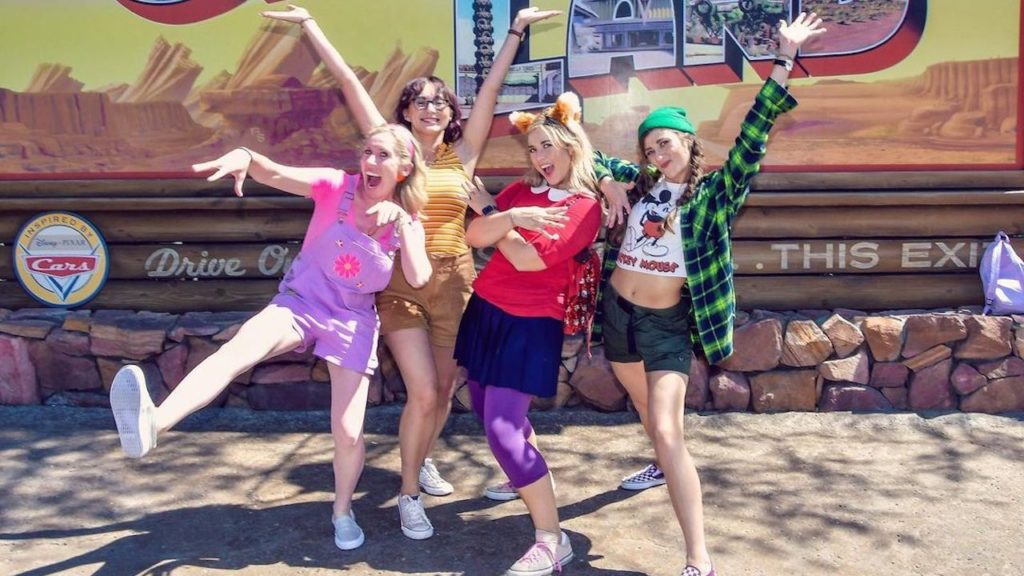 Halloween is fast approaching, and you need a costume! Thankfully, there are a ton of Toronto-themed outfits that you can pull off with a single trip to the mall. We have sports themes, spooky themes and a few inside jokes to make your city friends giggle. Here are 12 of the best costumes for this year’s Halloween that play on some of 2022’s biggest trends.


Starring Toronto’s own Iman Vellani, Marvel’s latest series release Ms. Marvel is an easy and recognizable costume to go with that will earn you the approval of Marvel fans everywhere! Go for red pants and a shirt under a longer blue vest, plus a blue eye mask and that signature yellow lightning bolt if you can manage it!

Rogers employee during the outage

On July 8, Rogers had a major outage that left 12 million Canadians without cable internet or cellular networks. To make light of an unfortunate situation, get in on the joke with a costume any Canadian would recognize! Grab yourself a red quarter zip, black bottoms and a nametag of course. This costume is simple, eye grabbing and a great conversation starter.


The perfect last-minute Halloween costume for this year has to be international music star and Raptors ambassador Drake. His look has progressively grown as the years have gone on, giving you tons of options when it comes to style. A few good suggestions might be Certified Lover Boy Drake, which can be done with a massive black mink coat and gold chains. Or, you could do the nerdier Degrassi Drake with massive glasses, a tucked in short sleeve button down and some dad shoes!

After the Blue Jays choked game two of their wild card series this year, it was almost inevitable that we were going to make fun of them a tad. Just go out and snag some Blue Jays merch, but don’t forget to rock a frown! This look also unfortunately comes with eight cans of Bud Light to help you remember each run the Mariners scored to come back in the 6th and 8th.


Adam Sandler was seen roaming the city of Toronto this summer while shooting “You Are So Not Invited to My Bat Mitzvah.” Pull out a striped polo, some athletic shorts and a pair of basketball shoes to recreate this look. Add some Uncut Gems flair with a pair of massive frames that have a yellow tint on the lens!


2022 was definitely the year of the scammer, from Inventing Anna and The Dropout to The Tinder Swindler and Bad Vegan. So keep the trend going with a costume inspired by your favourite scammer. Grab big black-framed glasses, an expensive-looking sweater and blazer (and maybe some handcuffs?) for Anna Delvey and a black turtleneck and heavy eyeliner for Elizabeth Holmes – it’s as easy as scamming your way to a million-dollar loan!

Toronto’s infamous graffiti alley is a terrific photo-op on Queen Street, and this year, it could make for a terrific costume! Throw on your favourite graphic T with a pair of jeans and get to work on making yourself some temporary tattoos. The more colour, the better!


If there’s one TV show that has united everyone this year, it’s House of the Dragon. The prequel to Game of Thrones brought back a legion of live-tweeters during each weekly episode drop, and with the (shocking finale) having just been released, this Halloween costume will certainly be timely! Go for a long white wig and black robes to dress as either Daemon or fan favourite Rhaenyra from Team Black, or a signature green dress and long, wavy hair for Team Green’s Queen Alicent.

If your friend group needs a quick costume idea, go as the Toronto skyline! You’ll probably fight over who gets to be the CN Tower but that’s okay – not everyone can be the star of the show. The supporting cast can choose to make building costumes or simply print out massive photos of your skyline portion and slap it on your chest.

The gang from Turning Red


Earlier this year, Domee Shi’s Turning Red made Toronto the starring character in a film for a change! The movie followed the funny, awkward and sometimes furry Mei Lee and her friends Miriam, Priya and Abby in Toronto in 2002 and received international praise for Shi’s colourful and warm animation style and a universally loved storyline. Mei and her friends each have a signature look that would be easy to translate into costumes – Mei in a red sweater and maybe red panda ears, Priya in a striped yellow sweater, Abby in purple overalls and Miriam in a green flannel.


She’s here! Any pop culture aficionado will remember Florence Pugh’s showstopping arrival at the Venice Film Festival after missing the press conference for Don’t Worry Darling on the heels of the absolute mess of drama surrounding the movie’s release. It’s not just her all-purple stylish ensemble – it’s the air of confidence that you have to emulate to fully complete the look!

Toronto is home to a ton of chefs who have very unique looks, and with the Michelin guide coming to the city this year, this theme is timely as ever for costumes! Craig Wong from Patois can be re-created with a pair of Nike Dunk Low’s, a plaid long sleeve and a snapback of course! Do your best Didier Leroy impression with a smart outfit that includes a sport coat and jeans. But, don’t forget to grab a wig to mimic his luscious locks!