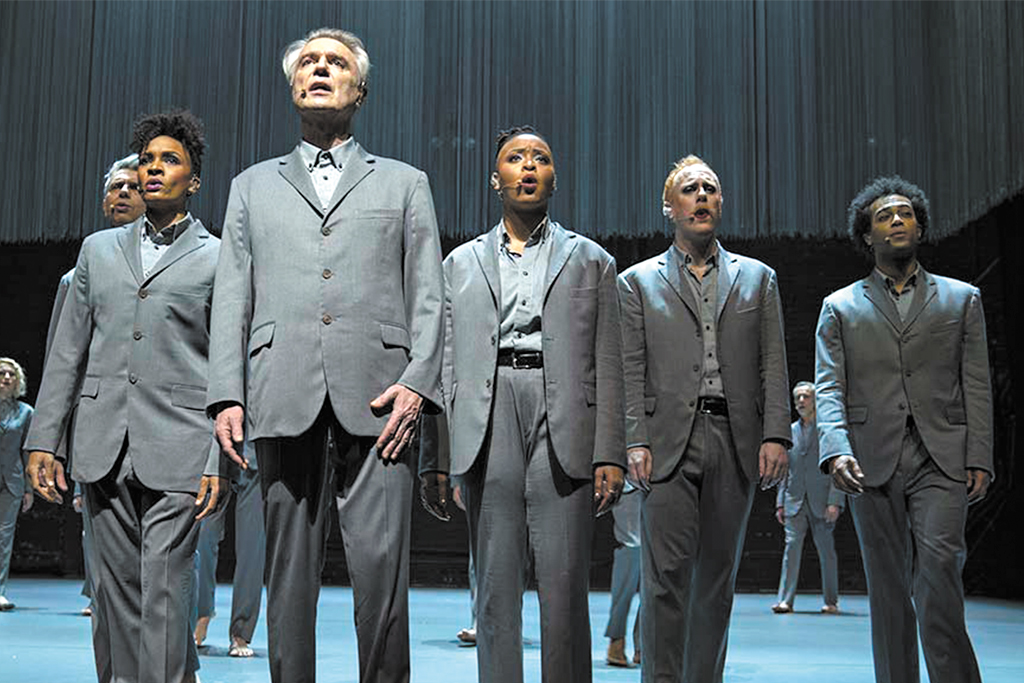 The Toronto International Film Festival (TIFF) is going to feel a little different this year, and not just for the obvious reasons.

COVID-19 has shuttered festivals and rolled up red carpets the world over. TIFF, which runs Sept. 10 to 19, is no different. They’ve felt the pandemic pinch, slimming down the feature films selection to 50, all of which will be shown in a mix of online, drive-in and outdoor screenings with some indoor options. But it’s the makeup of the movies that is really exciting.

As part of TIFF’s five-year commitment to increasing participation, skills and opportunities for women, this year’s program consists of 46 per cent women directors, up from 36 per cent last year. We’ll see films that span the globe and more movies looking for distribution.

Here’s a look inside 10 movies worth seeking out:

1. In these uncertain times TIFF kicks off with a joyful film about protesting injustice, optimism and the celebration of life. Spike Lee’s movie of David Byrne’s Broadway concert, American Utopia, features the former Talking Head and 11 international musicians performing songs from Byrne’s 2018 album of the same name as well as familiar hits like “Burning Down the House” and a powerful cover of Janelle Monae’s protest song about police brutality “Hell You Talmbout.”

2. The film 76 Days is the first feature documentary on the COVID-19 pandemic to play at a film festival. TIFF artistic director Cameron Bailey calls the look at the struggles of the patients and front line medical professionals of Wuhan, China, in the early days of the COVID-19 outbreak, “Urgent, powerful filmmaking. You feel like you are there in those rooms as coronavirus is breaking out and nobody knows what’s going on.”

3. TIFF’s Discovery section features Iranian filmmaker Farnoosh Samadi’s 180° Rule, the story of a school teacher whose plans to travel to northern Iran to attend a wedding ceremony are derailed by her husband’s objections. The movie, which takes its name from the onscreen spatial relationship between two characters on film, is Samadi’s feature film debut after making a number of internationally acclaimed short films, including Disappearance and More than Two Hours.

4. Nomadland, the third feature from internationally acclaimed director Chloé Zhao, sees Oscar winner Frances McDormand play Fern, a woman who adopts a nomadic lifestyle after the economic collapse of her small Nevada company town. As in her other films, Zhao casts non-actors in prominent roles. This film features real-life, modern-day nomads Linda May, Swankie and Bob Wells, who Zhao says are “deeply giving and inspiring,” as Fern’s mentors on her journey through the American West.

5. Anne with an E and Mohawk Girls producer Tracey Deer’s debut feature as a director is based on a script that won the 2019 TIFF-CBC Films screenwriting prize. Deer co-wrote Beans with Meredith Vuchnich to tell the story of a 12-year-old Mohawk girl’s coming of age during the violent 78-day standoff between two Mohawk communities and government forces during the Oka Crisis in 1990. Events in the film are, in part, based on Deer’s experiences. “Once the Oka Crisis hit,” she told CBC, “the reality [hit] that my difference made life dangerous outside of the safety of my home and my community.”

6. Idris Elba returns to TIFF with Concrete Cowboy, inspired by the urban cowboy subculture of north Philadelphia. Director Ricky Staub came up with the idea after seeing a man riding a horse down a Philadelphia street. That led him to research the Fletcher Street Urban Riding Club, a century-old African American horsemanship institution whose website says they “provide a positive environment and some facet of stability for those kids that have none.” That led Staub to a book by Greg Neri and the story of a 15-year-old boy from Detroit who learns about urban cowboys after being sent to live with his estranged father.

7. Halle Berry stars in and makes her directorial debut with the gritty Bruised, a story of disgrace, family drama and, ultimately, redemption. The Academy Award winner is Jackie Justice, a former MMA fighter now in the battle of her life for custody of her six-year-old son. Berry says she was attracted to the story because of the character’s ability to adapt, be fearless and take risks. “I feel like I’ve been able to do that throughout my career,” she says.

8. Regina King follows up her Oscar win for If Beale Street Could Talk with her directorial debut, One Night in Miami. Based on Kemp Powers’s 2013 play of the same name, it’s set on Feb. 25, 1964, after Cassius Clay (who hadn’t yet changed his name to Muhammad Ali) defeated heavyweight boxing champ Sonny Liston. An overnight conversation in a motel that night between Clay and Malcolm X, Sam Cooke and football star Jim Brown helped them shape a new era of civil rights. The film stars Kingsley Ben-Adir, Leslie Odom Jr., Eli Goree and Aldis Hodge. King says, “I can’t wait for you all to see the brilliance these brothers bring to their portrayals of Malcolm X, Sam Cooke, Cassius Clay and Jim Brown.”

9. Cameron Bailey calls director Emma Seligman’s film Shiva Baby, a “sharp acerbic comedy.” The feature, which began life as a short film made during Seligman’s last year of college, reveals a young Jewish woman’s secrets during a frenetic shiva. Seligman says she hopes young women feel seen in their insecurities and find some humour and relief in the story. “For many young women,” she said at SXSW, “trying to be nice girls with secure careers ahead of them while also trying to be independent young women with liberated sexualities can be insanity-inducing.”

10. Brokeback Mountain screenwriters Diana Ossana and Larry McMurtry wrote the screenplay for Good Joe Bell. The true-life family drama stars Mark Wahlberg as a father who attempts to walk across America to raise awareness about bullying after his son, a victim of homophobia takes his own life. To look the part of a man who walked over 1,000 miles, Wahlberg went on a bone broth diet and “didn’t touch a weight, didn’t work out, nothing.”